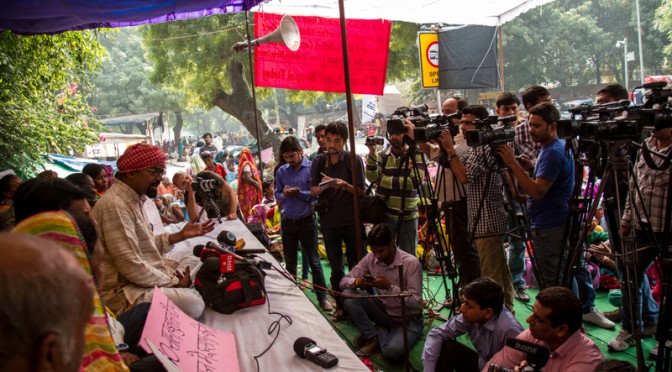 Balkrishna Namdeo of the Bhopal Gas Peedit Nirashrit Pensionbhogee Sangharsh Morcha said “We are happy to report that in place of the unreliable records being used so far the central Minister in charge of Bhopal has agreed to rely on scientific research and hospital records for assessment of death and injury caused by the disaster. He has assured us that the Curative petition will be amended accordingly and an application for its urgent hearing will be filed in the Supreme Court soon.”

Nawab Khan of the Bhopal Gas Peedit Mahila Purush Sangharsh Morcha said that they have been assured that the Ministry would expediously correspond with central and state government agencies seeking scientific data and hospital records.

“We thank the Minister for putting an end to the faulty medical categorization as the basis of assessment of injury caused by the disaster. The unscientific process of categorization with its absurd results is a 27 year old mistake that contributed to denial justice to the survivors.” said Safreen Khan of the Children Against Dow Carbide.

The women fasters, some of who are still recovering from the effects of the water-less fast, said they would repeat their life-threatening act if the occasion demanded.