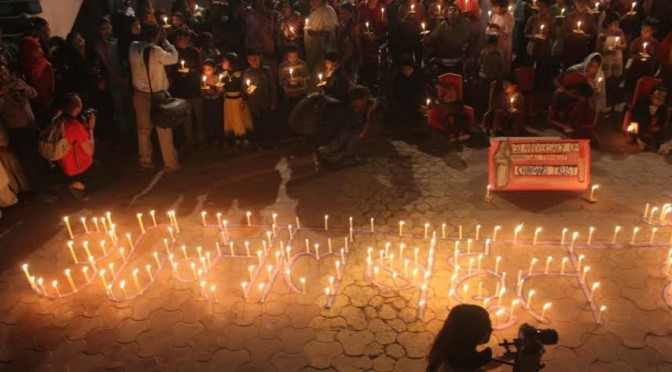 Holding the two US corporations, Union Carbide and Dow Chemical, primarily responsible for the ongoing disasters in Bhopal, the organizations charged both the US and Indian governments of aiding corporate crime. They demanded that Union Carbide and Dow Chemical answer criminal charges and obey Bhopal court’s summons, pay additional compensation, and arrange for clean up of the toxic contamination in Bhopal.

The organizations demanded that the US government acknowledge and express regret for financing the hazardously designed Union Carbide plant in Bhopal through the EXIM bank. They demanded that the US government also express regret for refusing to extradite prime accused Warren Anderson who died while absconding from Indian courts.

The organizations called upon the Indian government to move on extradition of John McDonald, secretary of Union Carbide and not allow Dow Chemical to make any investment in the country until it accepted Union Carbide’s liabilities in Bhopal.

The organizations also demanded that the Indian government set up a commission on Bhopal for effective medical care and economic rehabilitation and social support and create a special prosecution cell for speedy prosecution of the accused Indian corporate officials including Keshub Mahindra.

Completion of the project for supply of clean drinking water to 50, 000 residents of the communities with contaminated groundwater in August this year, Dow Chemical’s withdrawal of its corporate logo from the Olympic stadium wrap in 2012, the blacklisting of Dow Agrosciences by the government in 2011 and most recently the summoning of Dow Chemical to the Bhopal district court are some of the notable achievements of the struggle of the survivors in the last four years.

The five organizations that have been working together for the last five years are organizing a “festival of alternatives” till December 2, showcasing sustainable solutions in healthcare, energy, education, livelihood and agriculture. 46 organizations from different parts of the country are participating in this festival.

Members and supporters of the Bhopal survivors’ organizations will take part in a torchlight rally on December 2and a rally to the Carbide factory on December 3. Musical events would be held in the evenings of December 1 and 3 at Iqbal Maidan, the venue for the alternatives’ festival.