Hundreds of survivors of the Union Carbide disaster sat on a day long Dharna (sit-in) today demanding that the state government stop misleading the Supreme Court in the matter of additional compensation by downplaying the damage caused by the disaster. Led jointly by four local organizations, the survivors called upon the state government to correct the figures of deaths and extent of health damages caused by the disaster in the Curative Petition that is expected to be heard by the apex court soon.

Speaking at the Dharna, Rashida Bee, President of the Bhopal Gas Peedit Mahila Stationary Karmchari Sangh said “In March 2011, the State government told the Supreme Court, in the criminal matter, that 15248 people in Bhopal died as a result of the disaster and yet it has taken no steps to correct the misleading figure of 5295 that it has presented in the Curative Petition for additional compensation.”

Rachna Dhingra of the Bhopal Group for Information and Action in her speech pointed out that while records of government hospitals meant for survivors of the gas disaster show that well over 80 % of the survivors continue to be sick after decades, the state government maintains in the Curative Petition that 93 % of the survivors got okay after one day’s hospitalization.  “This when all scientific literature, including Union Carbide’s, says Methyl Isocyanate causes residual injuries despite prompt treatment.” she said. 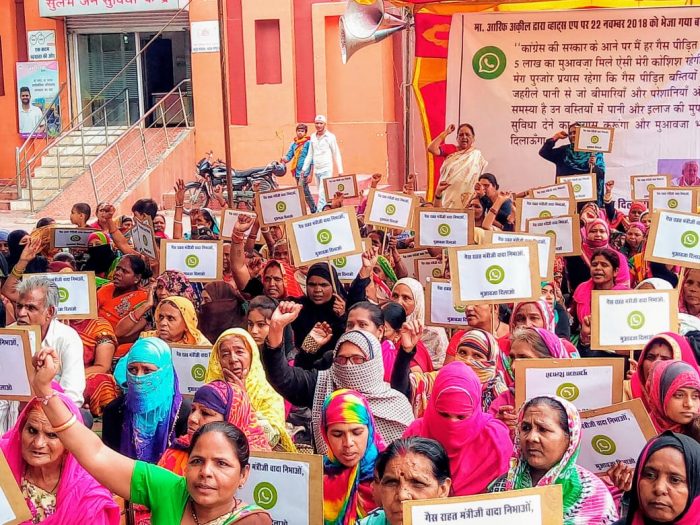 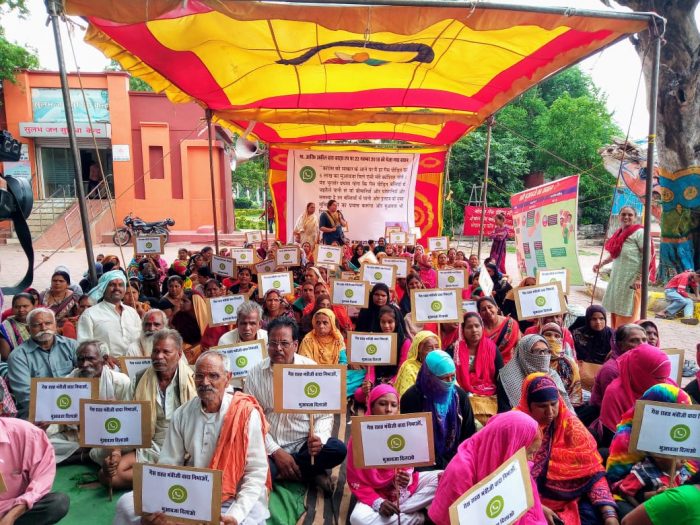 Addressing the protestors, Nawab Khan. President of Bhopal Gas Peedit Mahila Purush Sangharsh Morcha said that the state government’s attempt to mislead the Supreme Court is so blatant that even an ordinary person can detect the lies. “How can the figure of death caused by the disaster be 5295 when the State Government provides pension to 5000 women acknowledged to have been widowed by the gas disaster?” he asked the audience.

The protestors held placards demanding that the Minister of Bhopal Gas Tragedy Relief & Rehabilitation, fulfill his pre-election promise, sent on WhatsApp, of ensuring Rs. Five lakhs as compensation for each gas victim. The protestors also held up banner with the Minister’s promise to the organizations sent six days before the elections.