The organizations said that the Governments of USA and India are directly responsible for neglecting the ongoing tragedy caused by the world’s worst industrial disaster. They charged both governments of protecting corporate interests over the lives and health of ordinary people and sought reflection and course correction for ending the disaster.

In a letter to President Obama the survivors’ organizations asked that his government “acknowledge the central role played by the United States government in the creation of the disaster in Bhopal and in the denial of justice to the victims”.

Rashida Bee, President of the Bhopal Gas Peedit Mahila Stationery Karmchari Sangh said that Wikileaks documents show that National Security Advisor and Secretary of State, Henry Kissinger, had facilitated an EXIM Bank loan for Union Carbide to set up the Methyl Isocyanate plant that caused the disaster in Bhopal. She also presented a letter obtained under the Right to Information Act from the office of the Indian Prime Minister that show that Kissinger used his influence to help Union Carbide get away by paying a paltry compensation amount.

“Obama made British Petroleum pay 20 billion dollars for the Gulf of Mexico oil spill. We would like to ask him how his conscience allows him to support two US corporations that paid a tiny fraction of that amount for two thousand times more fatalities.” said Balkrishna Namdeo of the Bhopal Gas Peedit Nirashrit Pensionbhogee Sangharsh Morcha.

Nawab Khan of the Bhopal Gas Peedit Mahila Purush Sangharsh Morcha said that the Indian government’s neglect of the survivors of Bhopal is most glaring in its apathy towards the generation of victims born after the disaster. “The Supreme Court in its  October 3, 1991 judgment had directed the government of India to provide medical insurance coverage of 100, 000 children born to gas affected parents. Not a single child has been provided coverage till today.” he said.

“The Supreme Court and the Indian Government both agree that upwards of 50, 000  people have been exposed to extremely poisonous chemicals in their drinking water for up to 22 years but till today there are no facilities for medical care of contamination affected people. Nor are there any facilities for the rehabilitation of the hundreds of children born disabled due to congenital anomalies.” said Safreen Khan of Children Against Dow Carbide.

Rachna Dhingra of Bhopal Group for Information and Action said that leaders of the five organizations will soon be meeting with the officials of the Ministry of Chemicals and Fertilizers for implementation of the decisions taken on the matter of additional compensation from the Indian government and from the two US corporations. She along with five women survivors was on a waterless fast in New Delhi last month and was assured by the Minister in charge of all matters concerning the Bhopal disaster, that figures of death and injury would be revised on the basis of scientific records. “We are certain that once the Minister acts on his assurance, majority of those denied Rs. 1 lakh additional compensation will be able to receive the sum and the government will be able to rightfully claim 8.1 billion dollars from the US corporations.” she said. 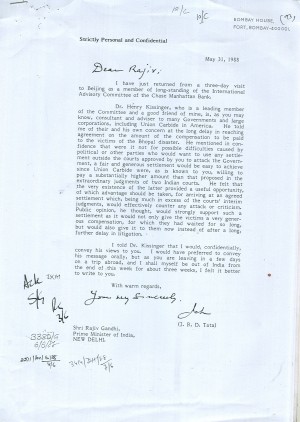 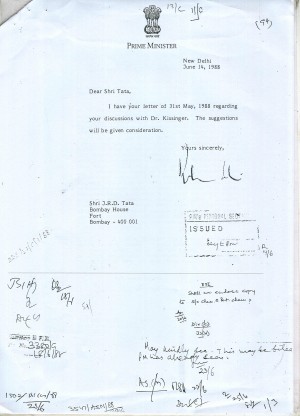 One thought on “Bhopal Survivors: Governments of USA & India Directly Responsible for Neglecting The Ongoing Tragedy”