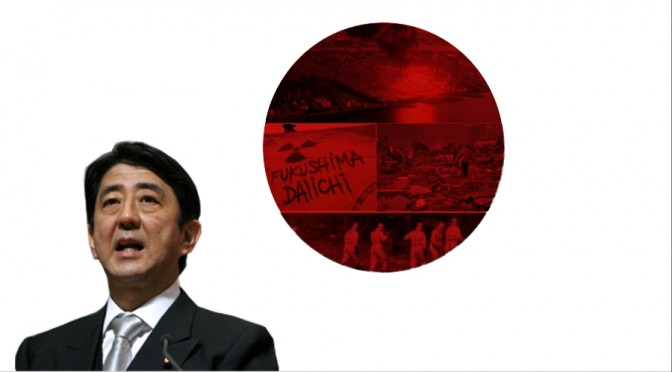 Greetings from the people of Bhopal. Ours is a city in India which has witnessed the world’s worst industrial catastrophe. As you may be aware, the disaster,itself a result of criminal neglect by callous profiteers, was only followed by political complacency and administrative apathy. The victims of Bhopal continue to struggle for justice, adequate compensation and proper medical, economic, social and environmental rehabilitation In our city, we have a commemorative statue of a mother and her child with “No More Bhopal, No More Hiroshima” written beneath it. And in the fifth year of the ongoing disaster in Fukushima, we can identify with the continued suffering and struggles of its residents.

We are writing to you to rethink the idea of selling nuclear technology to India after Fukushima, and to terminate the India-Japan nuclear agreements. To make our pleas heard citizens in Japan and people in India living near existing and proposed nuclear power plants would stage protests during your upcoming visit to India.

Bhopal, a city where more than 40 tons of methyl isocyanate and other deadly gases leaked from the multinational Union Carbide manufacturing facility and turned it into a gas chamber killing ove 8000 people on the night of 2nd and 3rd December 1984. The white fog crawled through the city and killed thousands while they slept. More than 25,000 men, women and children died and over 500,000 people have suffered injuries and slow deaths over the years from the incident. Women face the worst. They face the worst illnesses. Their children are born deformed. They get cancer. Girls who are 15 look like they are six. Women don’t have their periods, and then they can’t have children. And the problems have only been compounded after 31 years. There are children born with birth defects. Women have to watch as their children endure all kinds of operations. A 2002 report revealed poisons such as 1,3,5 trichlorobenzene, dichloromethane, chloroform, lead and mercury in the breast milk of nursing women living near the factory. Many of the people who drank contaminated water have become too sick to work, but they have received no help. Meanwhile, the contaminated land has never been cleaned up, and families too poor to move live on top of the contaminated soil.

Hazardous design of the factory, unsafe location, reckless operation and maintenance procedures, reduction in personnel and deliberate cutting down of vital safety systems were found to be the immediate causes of the disaster in Bhopal. There is ample evidence of “double standards” of safety being followed by the American multinational, Bhopal’s sister plant in West Virginia being far superior in storage, production and safety systems.

Two years before the disaster, the corporation’s safety experts warned of a  “potential for the release of toxic materials” in a confidential business memo. Warren Anderson, the company’s chairman and other senior executives ignored the warning and went ahead with reducing plant personnel, shutting down vital safety systems, and keeping people in the neighborhood in the dark about the deadly chemicals stored, used and produced in the factory. Less than three months prior to the disaster, an internal Union Carbide memo warned of a “runaway reaction that could cause a catastrophic failure of the storage tanks holding the poisonous [methyl isocyanate] gas” at Union Carbide’s Institute, West Virginia plant. This warning was not shared with the management in Bhopal let alone operators of the Bhopal factory.

One of the main reasons we are opposed to the India-Japan nuclear agreement is that in our country the implementation of environment and labour laws are pathetic. It is because of such a state of affairs that a disaster like Bhopal occurred here, , We also realise that this nuclear agreement has nothing to do with the energy situation in this country, rather your sole aim is to restore some confidence in the global nuclear lobby which is facing its terminal crisis after Fukushima. We are also apprehensive that your push for this deal is primarily because Japanese companies enjoy a monopoly over certain key components including “reactor vessels” required for nuclear reactors. India has signed agreements with General Electric, Areva SA and Westinghouse to set up nuclear power plants. Japanese companies have major stakes in these companies. If Japan does not sign an agreement with India, these companies cannot proceed with their installation plans.

Therefore Mr. Prime Minister your nuclear deal with our country will bring windfall gains to these huge corporations at the cost of the environment, labour and human rights of our people. And similar to what happened in Bhopal, there will be 1000s of Bhopal happening elsewhere in the country with much more horrendous consequences.
We urge you to desist from this impending agreement during your visit to India.

We want strong relationship between India and Japan. We want both countries to come closer and work on technologies that make human lives better – renewable energy sources, effective decontamination and more accessible medicines. For a better future for India and Japan, and for safety, security and prosperity of our people, let us shun the nuclear path and opt for a peaceful future.