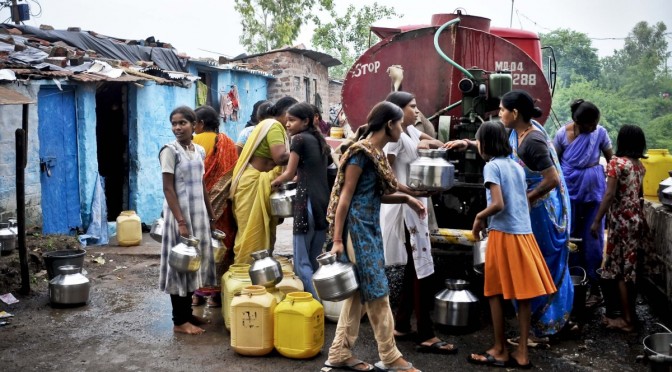 Today, lawyers representing communities living near the site of the world’s worst industrial disaster, the Bhopal Gas Disaster, will argue to the U.S Court of Appeals for the Second Circuit that Union Carbide Corp. (UCC) is responsible for water pollution from the same plant that continues to foul local wells. Over a year ago a New York federal district court found that UCC could not be sued, despite compelling evidence that UCC caused the harm.

“The Plaintiffs have provided substantial evidence that demonstrates UCC’s responsibility,” said Richard Herz, Senior Litigation Attorney for EarthRights International (ERI), which represents the plaintiffs. “Two leading experts concluded that UCC’s technology and waste disposal strategy for the plant was improper for the site, and caused the water pollution that we still see today.”

Additionally, the manager who oversaw the construction of the plant confirmed that he worked for UCC, not for the Indian subsidiary that officially operated the plant. But the federal district court ruled that UCC was not sufficiently involved in the acts at the plant and that the project manager actually worked for the subsidiary. Because the plaintiffs believe that the district court improperly disregarded evidence of UCC’s responsibility, they appealed to the Second Circuit.

On December 2, 1984, poisonous gas from the Bhopal chemical plant enveloped nearby communities, killing thousands. The water pollution here is unrelated to the Gas Disaster, but has been leaching from the same plant ever since it was shut down afterward.

Marco Simons, ERI’s General Counsel, added, “These families have been living with Union Carbide’s pollution for decades. We remain committed to seeking the justice that they deserve.”

The case, Sahu v. Union Carbide Corp., is No. 14-3087 in the Second Circuit. In addition to ERI, the plaintiffs are represented by Rajan Sharma of Sharma & DeYoung, the Law Offices of Curtis V. Trinko, and Hausfeld, LLP.