Thirty years ago on Wednesday, in the city of Bhopal in central India, a gas leak from a local Union Carbide plant moved swiftly into residential areas, poisoning victims in their sleep. Due to a lack of sufficient safety systems, killing tens of thousands (no numbers were ever confirmed) and leaving more than half a million people with serious, long-term health problems.

END_OF_DOCUMENT_TOKEN_TO_BE_REPLACED

It’s been called the worst industrial accident in history, and it’s not over. Thirty years ago, during the wee hours of Dec. 3, 1984, a catastrophic gas leak from a pesticide plant in Bhopal, India, killed at least 5,000 people, and sickened thousands more who later died or became permanently disabled. Up to 600,000 people were affected in all. Toxic pollution from the accident severely contaminated the soil and groundwater around the site, poisoning new generations who suffer from high rates of cancer, birth defects and developmental problems. The site needs to be cleaned up, but disputes over who should pay, and where and how the toxic waste should be disposed of, has led to tragic inaction.

Justice is another casualty of the disaster. The American chemical company Union Carbide owned a majority stake in the plant at the time. In 1989, Union Carbide paid just $470 million in compensation to the Indian government — an average of $2,200 to the families of the dead and $550 to the injured — and then washed its hands of the matter.

END_OF_DOCUMENT_TOKEN_TO_BE_REPLACED 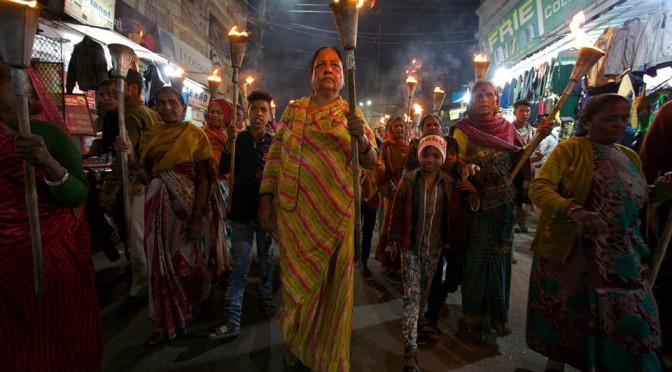 Survivors of the 1984 Bhopal gas tragedy may have failed to bring Warren Anderson, the prime accused in the fatal accident to justice, but they have managed to get Dow Chemicals to face trial in a Bhopal court.

The US-based Dow Chemicals, which took over Union Carbide Corp (UCC) in 2001, has been summoned by the Bhopal district court to explain why it’s not making Union Carbide appear in the criminal case on Wednesday (November 12).

END_OF_DOCUMENT_TOKEN_TO_BE_REPLACED 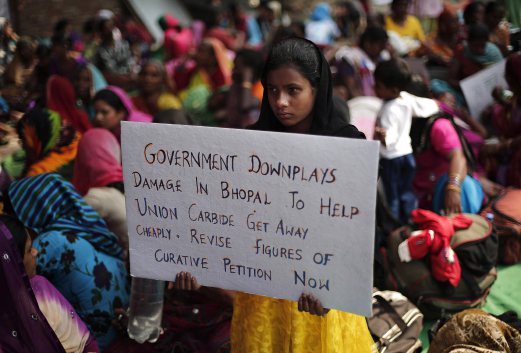 NEW DELHI: Victims of the Bhopal gas disaster, suffering deformities and illnesses, staged a hunger strike in the Indian capital Monday for increased compensation ahead of the 30th anniversary of the tragedy.

Holding signs that read “Justice for Bhopal“, about 100 mainly women and children gathered at a protest site in New Delhi, including first and second generation victims of the world’s worst industrial accident.

Bhopal activist Satinath Sarangi said a handful of the protesters would fast indefinitely in the hope of attracting Prime Minister Narendra Modi’s attention to the plight of the victims of the 1984 disaster.

“We have come here with the hope that the present government led by Mr Modi will correct the wrongs done by the previous government and ensure gas victims are given extra compensation,” he told the crowd.