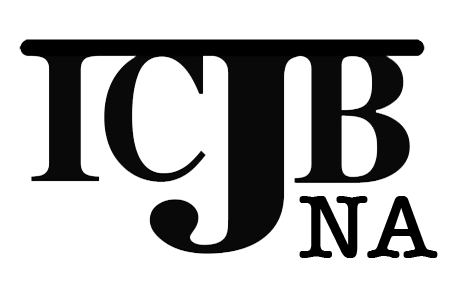 Today is the 29th Anniversary of the Bhopal Gas Disaster. As many of you know, over 500,000 people continue to be affected while 100,000 still require ongoing care for chronic health problems. Perhaps most tragic of all are the mutagenic effects of the gas exposure. Many children are born with crippling congenital malformations and developmental disabilities which rob them of their quality of life. Children born in Bhopal are 7 times more likely to be born with malformations than their counterparts throughout the rest of India. “My son had gotten married on May the 5th 1985, and a baby was born after nine months. He died after three days of his birth. Again after a year, one more died and again after one year, another baby died. So three children died in three years.”

“[My grandsons] are disabled and they even faint while they are sitting. They often fall when they try to walk. …If I am dead, who will give them water to drink? They can’t even go to the toilet by themselves…Who will take these disabled children to the toilet?”

Despite all odds, survivors have sustained a 29 year struggle for justice and have achieved a number of important victories (outlined in last week’s Call to Action). It is critical that the movement to demand accountability and justice remains a priority for us in North America. It is our responsibility, as conscious consumers, to work to stop governments and corporate decision-makers from prioritizing profit over human life & environmental health. The International Campaign for Justice in Bhopal (ICJB) is at the very epicenter of the global movement for corporate accountability, and this movement needs a global precedent set, clear and explicit: The protection of human life & the environment is the ultimate imperative. When safety is sacrificed for profit, there must be justice. Bhopal must be this precedent.

The community of activists fighting for justice around the world is strong and, with your help, will continue to grow! The coming year is pivotal for our cause, as the 30th Anniversary is approaching and we have many events and solidarity actions planned. Through donating to ICJB you are supporting the survivors’ groups on the ground in India, as they fight for justice. But you are also supporting ICJB‘s mission to educate the world about Bhopal and bring into focus the global frequency of industrial disasters resulting from corporate corruption.

We all live in Bhopal.

More from the Survivors… 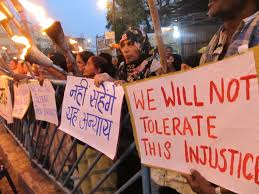 emotional traumas of the fallout from the tragedy. Sanjay Verma, 29 years old, lost seven members of his immediate family (his parents, three sisters and two brothers) in a matter of 24 hours, leaving only him and his elder brother and sister. Sanjay later lost his brother, Sunil Verma, to suicide. Sunil suffered from paranoid schizophrenia. Mental health issues are common amongst the gas affected population.

Moreover, unsafe dumping practices by UCC have led to soil/groundwater contamination in 22 communities, and chronic symptoms of poisoning within members of the community. Every day practises of eating, drinking, and bathing become unsafe and exacerbate the illnesses which already plague survivors.

“We have been drinking poisoned water, and that has been causing several diseases. Children are not growing, there are many diseases, and sickness has been found amongst the women.”

For survivors, their chronic health issues have robbed them of the ability to work, forcing them deeper into poverty. Rashida Bi describes her family’s economic decline:

“After the Gas tragedy, my father got sick. My husband used to do sewing work. He then started having pain in the bones of his legs, so it became difficult for him to stitch…I used to roll [cigarettes in the house]…After considering the financial, and other problems at home, I said to [my family] that I am also going. I will look for some kind of job”

“We should be given the right to live. We are fighting for the coming generations, so that they do not suffer like this because of the corporations and the government. Union Carbide and Anderson should be punished for what has happened in Bhopal and the government should give us justice.”

“We have a right to live before we die.”