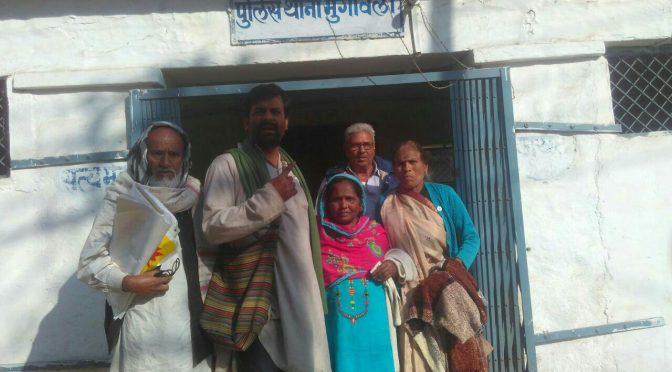 Five organizations of survivors of the Union Carbide gas disaster in Bhopal today said that they will continue to campaign against BJP in Bhopal for the soon to be held bye-elections in the state. They said their campaign team has had to leave Mungaoli due to blatant abuse of power by the police and district administration and intimidation by members of the RSS. They said from tomorrow they will distribute pamphlets and posters to bus and train passengers to Mungaoli and Kolaras passing through Bhopal.

“Within minutes of launching our voter education campaign on the streets of Mungaoli, five of us were detained at the police station for five hours and were told we would be sent to jail for speaking against the government. We kept asking what the charge against us was but were told to shut up by the Sub Inspector at the police station” said Iqbal Khan Khokhar who has returned to Bhopal. 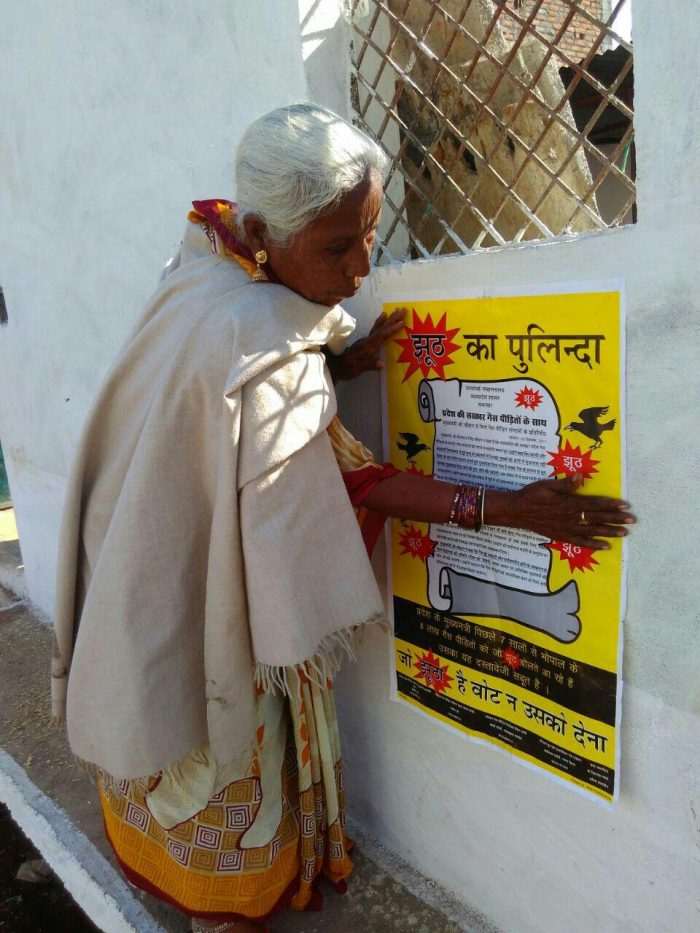 Rashida Bee, President of the Bhopal Gas Peedit Mahila Stationery Karmchari Sangh said, “A big group of men led by one who claimed to be a member of the RSS for last 30 years said we had no right to be in Mungaoli and anything could happen to us if we did not go back to Bhopal. He also said that if we withdraw from our campaign he would get our demand fulfilled by the Chief Minister.”

“We were denied official permission for use of vehicles and loudspeakers and distribution of pamphlets and posters by the Tehsildar who offered no reason for the denial and told us to meet with the District Collector.” said Nawab Khan of Bhopal Gas Peedit Mahila Purush Sangharsh Morcha.“The Collector told us that he was awaiting ‘feed-back’ on granting us permission from the Chief Electoral Officer and we could call him to find out. Since then he has stopped taking our call or responding to text messages.” he said.

Rachna Dhingra of the Bhopal Group for Information and Action said “The Chief Electoral Officer advised us to restrict ourselves to word of mouth campaign when we complained against wrongful denial of permission by the Tehsildar. When contacted for his supposed “feed back”, the Joint Chief Electoral Officer said we could not be allowed to speak ill against anybody  while campaigning for the bye polls were on.”

“BJP’s desperation to stop the truth about the Chief Minister’s false promises on compensation to the Bhopal victims is actually quite amusing. From kauaa (crow) we have become hauaa (wild scare) and hauaa travels faster and goes to places where kauaa can’t.” said Sarita Malaviya of Children Against Dow Carbide. 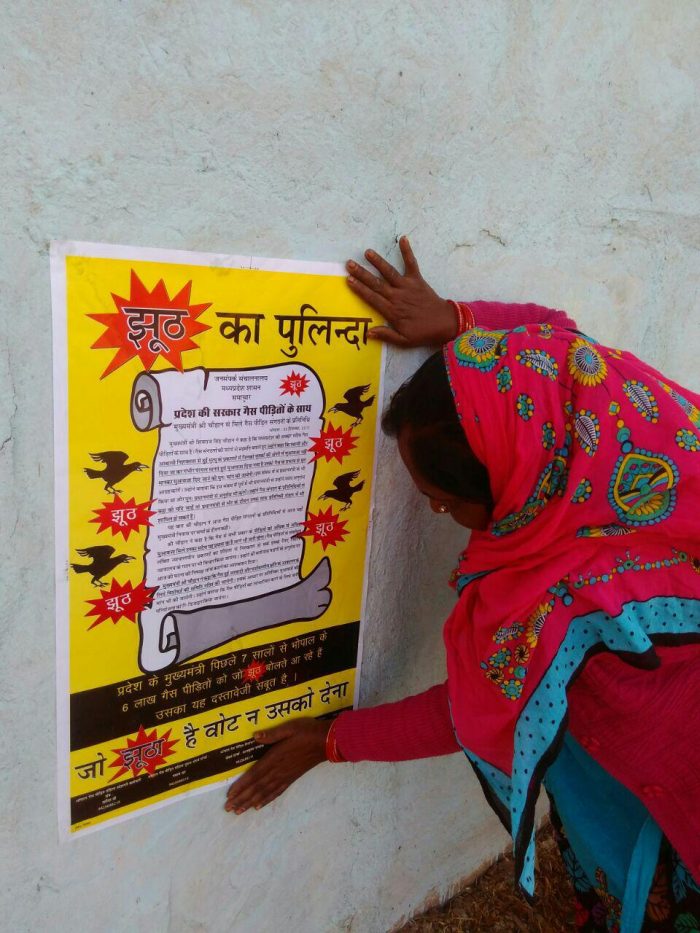