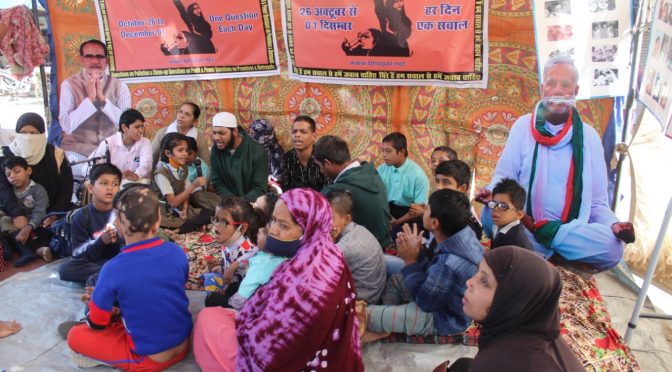 Today children of gas exposed parents being born with physical and mental development disorders and birth defects sang songs urging the Prime Minister & Chief Minister of Madhya Pradesh to ensure their legal rights for compensation from Union Carbide/Dow Chemical. Despite having scientific evidence, judicial acknowledgement and the backing of legal principle that children born to gas affected parents have suffered health damages as a result of exposure to their parent, the govt at state and centre continue to look the other way, said Rashida Bee, President Bhopal Gas Peedit Mahila Stationary Karmchari Sangh.

On the 35th day of their 37- day campaign, the disabled children born to the parents exposed to poisons of Union Carbide Disaster sought answers from the central & state government. They asked, “When there is scientific evidence and official acknowledgement of health damage caused to children born after the disaster because of their parents’ exposure to Union Carbide’s gases. Why has the MP government & Govt of India not taken any steps to ensure that children of gas victims who have legal rights to compensation are given their due by Union Carbide/Dow Chemical”. 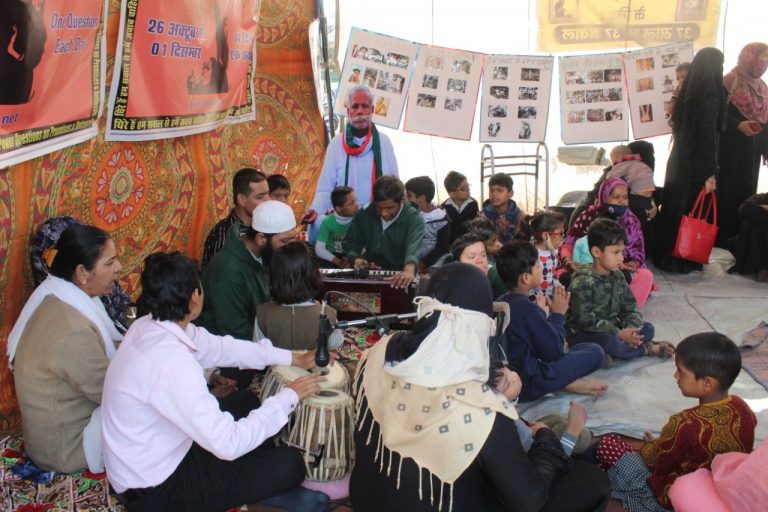 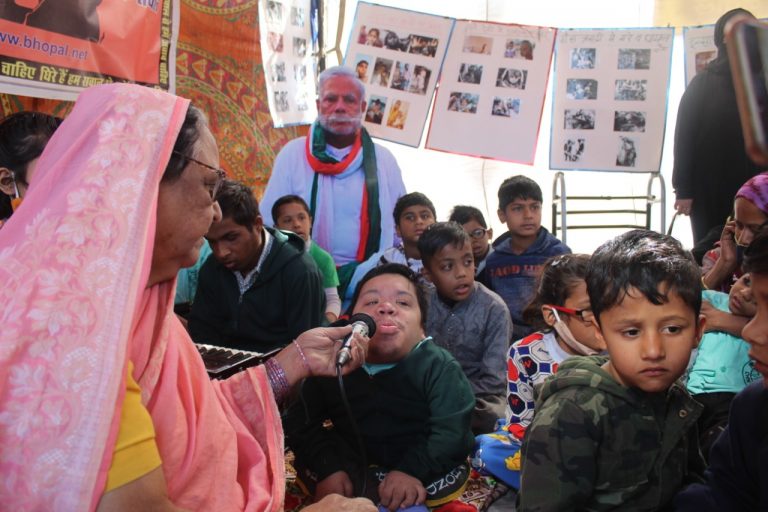 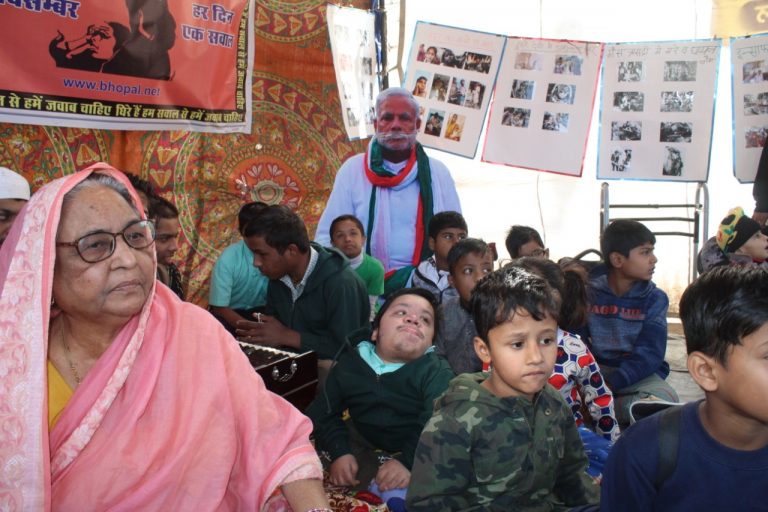 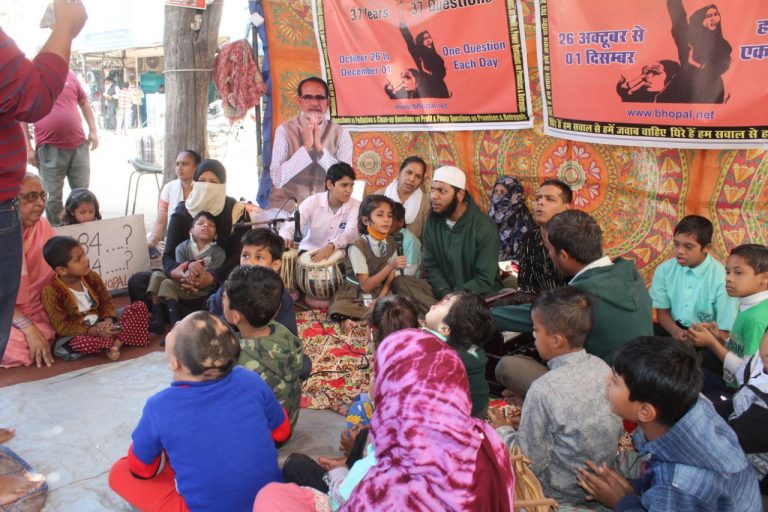 Several research papers published in national and international peer reviewed journals have reported the genotoxic impact of the exposure to Union Carbide’s toxic gases. ICMR’s own study has reported high pregnancy loss in women exposed to toxic gas till 5years after the disaster.

The parent organisation of National Institute for Research on Environmental Health (NIREH) decided to not publish the results of its 2016 study that found birth defects in babies of gas-exposed mothers to be 7 times higher compared to those non-exposed mothers. “While the findings of this study should have been used to substantiate the Curative Petition for additional compensation from Union Carbide/Dow Chemical but the study on adverse health impact on children was buried”, said Rachna Dhingra of Bhopal Group for Information & Action.

The October 3, 1991 judgment of the Hon’ble Supreme Court directed that at least 100, 000 children born to gas affected parents must be provided with medical insurance coverage. Till date not a single child has been provided coverage. 10yr old Poonam Airhrwar born to gas affected parents suffers from congenital birth defect known as Erbs palsy-where there is restricted movement of her neck and legs. Similarly, 19yr old Mohd. Zaid, child of gas-exposed parents, suffers from CTEV (congenital talipes equino varus) and other physical deformities. Both urged the Prime Minister & Chief Minister to fulfil their demands of legal rights of compensation so they can lead a life of dignity.

In 2018, Supreme Court advocate arguing the petition for enhancement of compensation sought “corroborative evidence like data on effect of Bhopal gas leak on the offspring of Gas Victims” Despite having this evidence the state and central governments have refused to share this information in the SC in the petition pending for damages against the responsible corporations. This is just another example of ongoing collusion of the central giovernment with Union Carbide and its owner Dow Chemical, said Nousheen Khan of Children Against Dow-Carbide.

Through the Campaign – “Bhopal Disaster : 37 years ; 37 questions” – the organizations wish to highlight urgent concerns regarding compensation, criminal justice, medical, economic and social rehabilitation and environmental remediation of polluted lands that need to be addressed to stop the on-going disaster.