URGENT: Last week to reserve seats! Tickets can be ordered online at BrownPaperTickets.

Aishu Venkataraman is a brilliant musician and gifted student, playing South Indian classical music with an emphasis on jazz performance. Aishu is blending technique with melody and has a talent poise and grace far beyond her years – she is the youngest in the history of Berklee College of Music to be admitted with a full scholarship. On May 7th, Aishu will play a fundraising concert for the International Campaign for Justice in Bhopal at Northeastern University.

Aishu’s website gives a short introduction to Aishu and her work along with audio, video and more. A short story about her life was made by Entertainment Studios and KTLA Channel 5 and can be see on YouTube.

All tickets qualify for a free place in a raffle to win one of two iPads! Winners will be announced on the night.

Tickets are on sale NOW at BrownPaperTickets and at events all over the Boston area in the coming weeks.

Jazz Ensemble
Accompanying Aishu on the night will be a number of jazz musicians, including:

Percussion: Vinod Venkataraman
A native of Bombay, India, Vinod is a professional Mridangam (South Indian percussion drum) player and a guest lecturer at Berklee College of Music for a clinic called “The Math behind the Music.” He is also a mathematics consultant and the director of the Center For Academic Excellence for the Long Beach Unified School District. Vinod has served as an integral collaborator with many legendary Indian performers including acclaimed musicians T. N. Krishnan, Dr. L. Subramaniam, Gottuvadyam Ravi Kiran, and Flutist Shri K.S. Gopalakrishnan as well as jazz greats Hubert Laws, Stephane Grapelli, Larry Coryell, Alice Coltrane, and Emil Richards. More info: www.divinestrings.com/bio2.html

Marc RossiMarc Rossi’s ambitious genre-transcending career and inclusive compositions led Down Beat magazine to call him “one of the dynamic few whose musical and cultural awareness travels exponentially in many different directions.” A versatile contemporary classical composer, jazz composer and pianist, and educator, Rossi has been a vital part of the rich Boston music scene since the early 1980’s. He is a 25-year veteran of the jazz and contemporary classical worlds, a longtime student of both Hindustani and Carnatic Indian music and full-time Professor of Piano and Jazz Composition at Boston’s Berklee College of Music. Source and more info: www.marcrossi.com 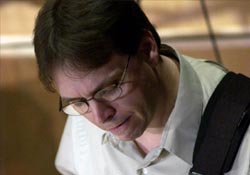 Bob TamagniBob Tamagni has been a jazz performer, recording artist, and educator for over 40 years. He has recorded CDs with many local and international artists, including Mike and Pat Metheny, Gary Burton, Greg Hopkins, Giovanni Moltoni, Bob Nieske’s Big Wolf Project, to name a few. He has made local and international jazz festival performances with The Berklee All Stars, Gary Burton, Ben Powell, The Sled Dogs, Makoto Ozone, Ed Saindon, Mick Goodrick, among many others and been involved in national and international drum set clinics all over the world including Greece, Japan, Poland, Bulgaria, Germany, Italy, Ecuador, and the U.S. More info: www.berklee.edu/faculty/detail/bob-tamagni

Poster Materials
Below you can find an assortment of files for printing to promote the event: