Subject: Letter from the Survivors of the Union Carbide disaster in Bhopal, India.

On the occasion of the 30th Anniversary of the world’s worst industrial disaster, we five organizations of survivors’ of Bhopal, India, wish to present the following for your consideration and action.

Today in Bhopal the death toll due to the leak of toxic gases from a pesticide factory has risen close to 25 thousand dead and counting. 150 thousand people are battling chronic illnesses. Tuberculosis and cancers are rampant. Tens of thousands of children born after the disaster carry the mark of the poisons their parents inhaled on the midnight of 2-3 December 1984.

Additionally, 50 thousand people living in the vicinity of the now abandoned pesticide factory have had their ground water contaminated with toxic chemicals and heavy metals that have leached from recklessly buried hazardous waste. Unusually large numbers of children in this community are born with congenital malformations. This contamination continues

to spread, finding new victims as you read this.

Meanwhile, the prime accused in the criminal case arising from the disaster has died in a beach town in Florida on September 29, this year. Charged with manslaughter, grievous assault, poisoning and killing animals and other offences, this US citizen, Warren Anderson, was absconding from the Bhopal District Court for last 22 years. We have good reasons to believe that the US State and Justice departments have denied Anderson’s extradition request by the Indian government on specious grounds in one instance and prevaricated in the second.

Through this letter, Mr. President we would like to encourage you to acknowledge the central role played by the United States government in the creation of the disaster in Bhopal and in the denial of justice to the victims.

The enclosed copy of cable of September 11, 1975 from US Secretary of State Henry Kissinger to the US Embassy in India shows the support the US government gave to Union Carbide, USA in securing loans

from the US Exim Bank for its Bhopal operations. We are also  enclosing another document, that we have obtained from our Prime Minister’s office that shows that Mr. Kissinger continued

to use his influence to help Union Carbide and deny the survivors of Bhopal the compensation due to them.

Through this letter we encourage you to acknowledge and express regret for the historical mistakes of the US government described above and facilitate the extradition of John McDonald, Secretary, Union Carbide Corporation to appear before the Bhopal District Court. We would also like to draw your attention to the fact that the other US corporation, responsible for the ongoing disasters in Bhopal, Union Carbide’s 100 % owner The Dow Chemical Company, has recently failed to report to the Bhopal District Court on November 12, 2014 in response to notice issued by the Court.

We thank you for your time and hope to receive your reply before your arrival in India in January 2015. 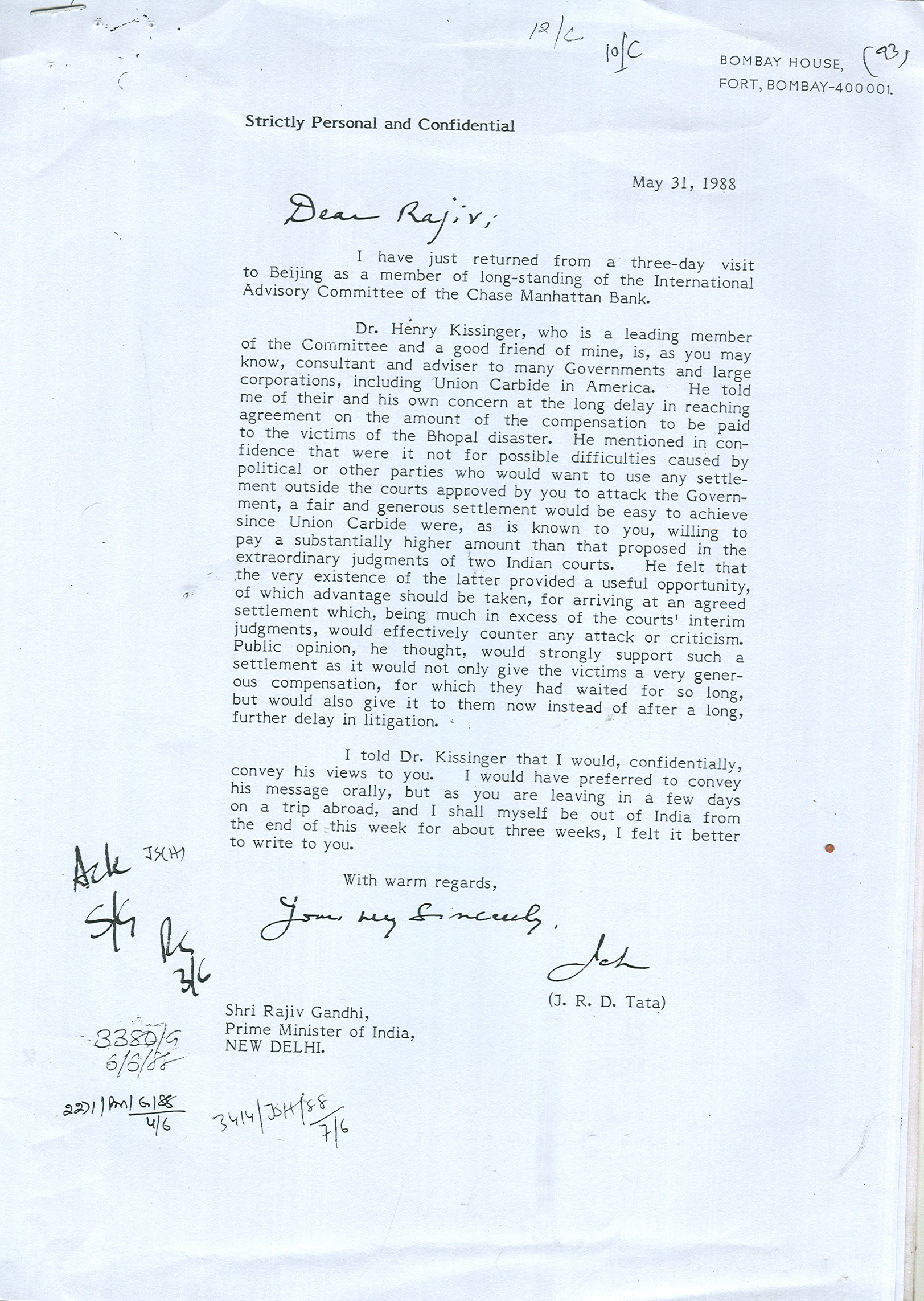 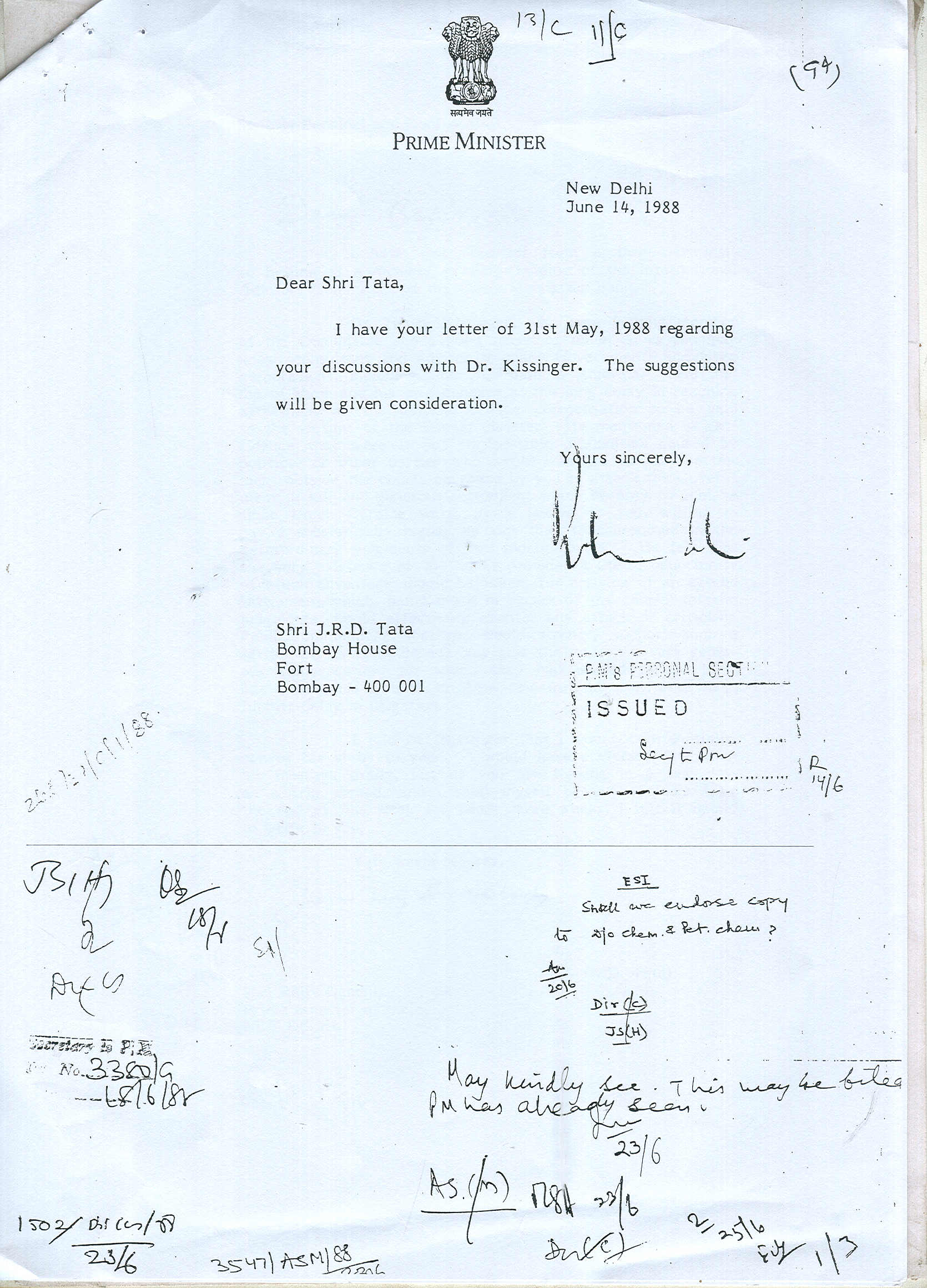