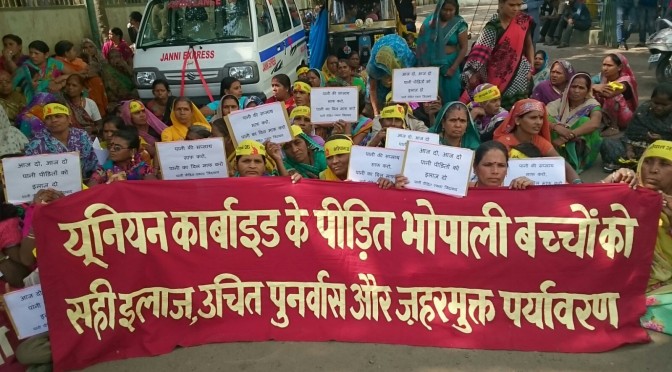 Hundreds of residents of the communities next to the abandoned Union Carbide factory in Bhopal today demonstrated at the JLN Hospital demanding free medical treatment, clean drinking water and exemption from paying water bills. On behalf of the Union Carbide Water Affected Struggle Front the demonstrators handed over a letter addressed to the Minister of Bhopal Gas Tragedy Relief & Rehabilitation in the state government. 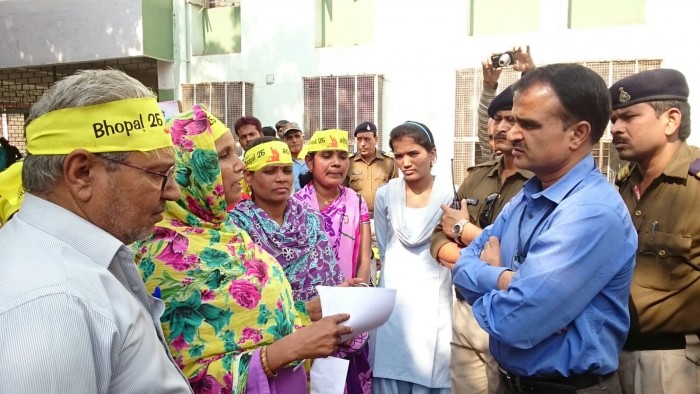 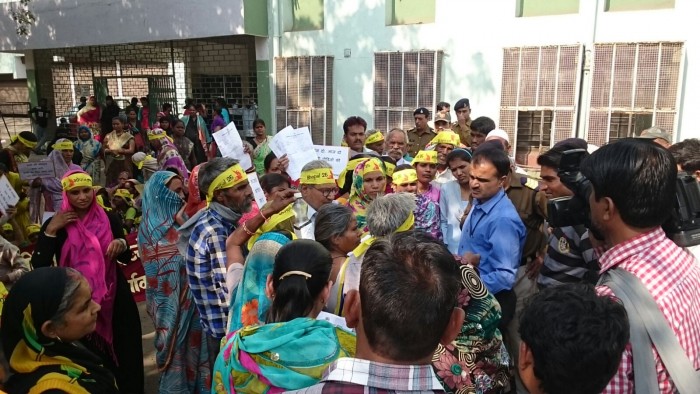 The demonstrators pointed out that the 2013 report of the Indian Institute of Toxicology Research, Lucknow has identified 22 communities whose groundwater is contaminated by hazardous waste from the pesticide factory. According to them, for over two decades they have been drinking water contaminated by organic chemicals and heavy metals that are damaging to the liver, kidneys, lungs and brain and are known to cause cancers and birth defects.

Sunita, a housewife from Shiv Nagar said that while more than half million people exposed to Union Carbide’s poisonous gases in 1984 are being provided free health care by the government, 10 thousand families who have been slow-poisoned by groundwater continue to be denied free medical treatment.

Citing a 2009 report by the State Government run Centre for Rehabilitation Studies, Nawab Colony resident Iqbal Khan said that the scientific study has concluded that in comparison to an unexposed population, the residents of the affected communities have higher incidence of diseases related to the gastro-intestinal and respiratory systems and those of the skin and eyes.

In addition to free medical care, the demonstrators also called for rehabilitation facilities for children born with disabilities. “Because of the poisons their parents drank in the water, every fifth house in our community has a child born with twisted limbs or damaged brain. The government must make special arrangements for their rehabilitation” said Shehzadi Bee of Blue Moon Colony.

Usha Dongre of Shivshakti Nagar complained against the heavy charges for water supply by the municipal corporation. Along with other demonstrators she demands free water supply. “For over two decades we have drunk poisoned water from hand pumps sunk by the government, to wash the poisons from our bodies, the government must give us clean water free, at least for the next 20 years.” she said.

Following a May 2004 order of the Supreme Court, in August 2014, 10 thousand families were provided with connections for supply of drinking water by the state government. Today, many residents complain of erratic, inadequate and poor quality supply. According to Gangaram of Oriya Basti there are still several thousand people who are forced to drink contaminated water due to problems in piped water supply. 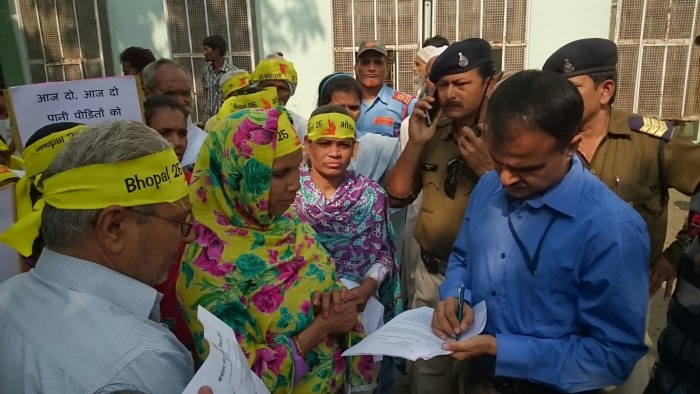