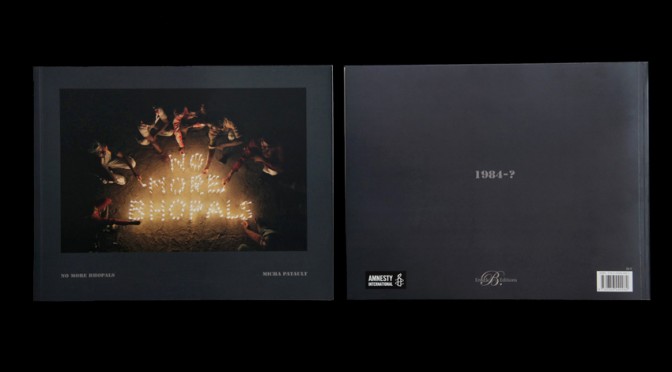 ICJB has compiled a list of books about the disaster and its aftermath. Many of these books are available through the APEX Press and/or online book retailers. A few of these books are very rare – but often you can still find copies on AbeBooks.com. Books are in English unless noted otherwise. If you need help locating a copy or have any questions, please contact us.

The Bhopal Saga: Causes and Consequences of the Worlds Largest Industrial Disaster

The Bhopal Saga is an incisive medical and scientific analysis of the world’s worst industrial accident. On the night of December 2 1984, while Bhopal slept, 43 tons of methyl-isocyanate leaked from Union Carbide’s factory in Bhopal. Paperback, Trade paperback (US). Available from APEX Press – Buy now.

Bhopal, The Inside Story: Carbide Workers Speak Out on the World’s Worst Industrial Disaster

Compiled by Amnesty International (2004). In English. Translations in Hindi and Urdu were made but are very hard to find.

This Amnesty International report, published to mark the 20th anniversary of the Union Carbide disaster in Bhopal uses the case to illustrate corporate evasion of human rights responsibilities and underlines the need to establish a universal human rights framework for business, based on the UN Norms for Business. Paper copy  available from APEX Press – Buy now.

Trespass Against Us: Dow Chemical & The Toxic Century

The public release of Trespass Against Us was timed to coincide with the 20th Anniversary of the Bhopal disaster, for which Dow still accepts no liability for its wholly owned subsidiary, Union Carbide. It traces Dow’s ignoble history from Agent Orange and napalm to Bhopal and Silicone Breast Implants. Paperback, Trade paperback (US). Available from APEX Press – Buy now.

Five Past Midnight in Bhopal

By Dominique Lapierre and Javier Moro (2001).

The best selling author of such classic works as Is Paris Burning?, O Jerusalem, and The City of Joy, Dominique Lapierre is among the premier storytellers in the world today. Lapierre and Moro spent a lot of time in Bhopal painstakingly gathering stories and details for this book, which reads like a novel, but is all too cruelly factual. Available from APEX Press – Buy now.

By David Dembo and Lucinda Wykle

The enormous size and global reach of multinational corporations make it increasingly difficult for any one country to hold them accountable when they behave recklessly. This book demonstrates just how serious and urgent the problem has become by exposing Union Carbide’s long unpunished record of abuse of its workers and the environment. Available from APEX Press – Buy now.

By David Weir, journalist and co-founder, in 1977, of the Center for Investigative Reporting.

This classic work, once again available, examines the implications of the world’s worst industrial disaster for three communities around the world harboring extremely hazardous chemical facilities like the Union Carbide pesticide plant, which gassed the city of Bhopal in India. Available from APEX Press – Buy now.

The Bhopal Tragedy: What Really Happened and What It Means for American Workers and Communities at Risk

This hard-hitting report to the Citizens Commission on Bhopal was the first book-length account of the Bhopal tragedy and its implications for American workers and communities exposed to similar risks. Available from APEX Press – Buy now.

A join project of the Bhopal Medical Appeal and the Bhopal Group for Information and Action. Full publication available online.

Surviving Bhopal: Dancing Bodies, Written Texts, and Oral Testimonials of Women in the Wake of an Industrial Disaster (Palgrave Studies in Oral History) 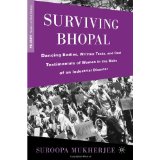 “On December 2-3, 1984, India witnessed arguably the world’s worst industrial disaster in Bhopal, Madhya Pradesh, which continues to this day as an economic, medical, environmental, and political disaster. Surviving Bhopal draws on oral testimonials of the affected community and analyzes the cause and aftermath of the disaster from the perspective of those who suffered the severe consequences of systemic failure and travesty of justice. The event resulted in a resistance movement, led by women, against corporate and state power. Mukherjee explores the underlying gender politics, showing how activism challenged and redefined the contemporary model of development. ” – Description from publishers

Shortlisted for the 2007 Man Booker Prize for Fiction. Ever since he can remember, Animal has gone on all fours, the catastrophic result of what happened on That Night when, thanks to an American chemical company, the Apocalypse visited his slum.

Ranging from Australia’s Victoria coast to India and to the Scottish borders and the central theme of the book, the Bhopal gas disaster, offers a powerful and challenging narrative. Available in major bookstores and via online book retailers.

“Adventure takes place inside a defunct, killer factory in Old Bhopal, 24 years after the Bhopal Gas Tragedy took place. As Salim and his friends make their way through the ghost like remnants of the industrial disaster, time seems to stand still from that fateful night of 1984. What happens next is a saga of the renewed search for truth by the blighted children, born to the survivors of the Bhopal Gas Tragedy.” – Description from publishers 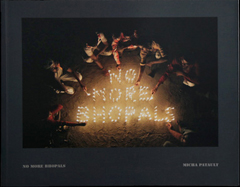 “No More Bhopals !” is a slogan used by the international activist groups who fight for justice in Bhopal. The present book takes this expression up in pictures, and attempts to highlight the fertility of the cause more active than ever. More and more voices demand that industries using hazardous technologies are forced to respect international standards of human rights. The site of the American owned Union Carbide pesticide factory has yet to be decontaminated. Toxic products have leached into the soil and ground water, polluting the water consumed by some 5,000 families living in the area, putting their only drinking water supply at risk. The effects of the disaster thus open into a new chapter : contaminated water produces irreversible effects on a new generation. Guided by sociological reflection, the photographer, Micha Patault, seeks to document his subjects, with attention to aesthetic choices. This book seeks to make palpable the tragedy of Bhopal and to portray the real consequences of the disaster, as well as the struggles for justice and dignity.

Exposure: Portrait Of A Corporate Crime

‘Exposure: portrait of a corporate crime’ is the published version of Raghu’s well known exhibition of photographs of Bhopal. It offers a unique insight into the human and environmental tragedy that has engulfed the Indian city since December 1984, when an explosion at Union Carbide s pesticide plant released lethal gases into the city, causing the world’s worst industrial disaster. The American company responded by abandoning the contaminated plant, paying the survivors inadequate compensation and refusing to accept liability for the disaster. Exposure documents both the immediate aftermath of the explosion and the ongoing struggle of survivors determined to secure justice from the chemical giant even though they have lost their families, economic security and health. This moving collection shows what happens when companies such as Union Carbide – now Dow – are not held accountable for the disasters and pollution they cause. It gives a voice to the people whose lives have been torn apart by a corporate crime, said Ganesh Nochur, Campaigns Director of Greenpeace India, during the exhibition launch.

About the Author: Born in 1942, Raghu Rai has been amazing the photographic world for over thirty years with his unique images. In 1993, he was honoured as the Photographer of the Year in the Unites States. Rai has been an associate of Magnum for over 20 years, an international agency that has been at the forefront of documentary and reportage photography for over 50 years. The exhibition continues to tour world-wide.

Bhopal, 1984. With the presence of the Carbide International pesticide factory, the city begins to claw its way out of endemic poverty. But what is to be made of the deformed babies born to women living near the factory? And the poison gas explosion that will leave three thousand people dead in just a few minutes—and will kill tens of thousands more in the years to come. How could have this happened? Click here for more information.