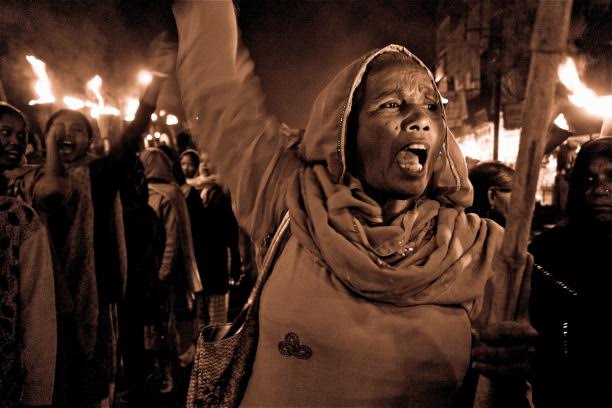 On Wednesday, April 25th, the world’s largest chemical company, DowDuPont Inc, holds its first – and last – Annual General meeting in Chicago, at the Ritz-Carlton Hotel. Supporters of Bhopal survivors will be gathering opposite the entrance to the hotel from 10:30AM onwards, with the protest planned to start at 11AM.

What can you do to support this struggle?

Company officials will be doing everything they can not to talk about the world’s largest industrial disaster, in Bhopal, India, when a pesticides factory run by a Dow subsidiary released a cloud of gas so dense and toxic that it killed 8-10,000 innocent people immediately, maiming over a half a million more. The ensuing disaster has never ended. 25,000 have died until now, whereas tens of thousands of families are left struggling with a range of chronic illnesses. Cancers rage at ten times national rates. 2nd and 3rd generations suffer growth retardation, hormonal chaos and birth defects. If that were not enough, thousands of tons of toxic wastes were dumped in unlined pits around the factory. Left to leach for over 40 monsoons, toxins that injure the brain, organs, nervous system, and cause cancers and birth defects are now present in the drinking wells of 42 communities. 94% of survivors were granted around $500 in compensation. A spokesperson declared that this figure was “plenty good for an Indian”. A manslaughter case continues against the company but for 26 years it has simply refused to show up in India for trial. As an American company, it says, it’s not subject to India’s legal jurisdiction. Dow Chemical, subsidiary Union Carbide, and the former DuPont Nemours – now combined into one company – say the contamination, the corroded lungs, the poverty, sicknesses, and the thousands of newly damaged children are nothing to do with them. On Wednesday, shareholders and Bhopal supporters have a final opportunity to tell DowDuPont’s managers, investors and stockowners what we think of their inhuman, unlawful disregard for the lives of hundreds of thousands of innocent people in Bhopal.

Socially responsible shareholders have filed three resolutions on Bhopal. These resolutions will be put to the vote on April 25th. DowDuPont plans to split into three new companies by June 2019. Union Carbide will split into at least two of these companies. Because criminal liability cannot be transferred from one entity to another, Carbide might, in this way, forever escape ever having to answer for Bhopal in a court of law. During the long struggle for their rights, Bhopal survivors have led hundreds of demonstrations and direct actions, dozens of hunger strikes and epic rights marches. Along the way they’ve faced arrest, police brutality, false charges and company lawsuits. Still, their actions have prevented Dow Chemical completing any major investments in India’s booming economy. This Wednesday, it’s critical that DowDuPont stakeholders are made to clearly understand one thing – NO JUSTICE IN BHOPAL, NO BUSINESS IN INDIA. 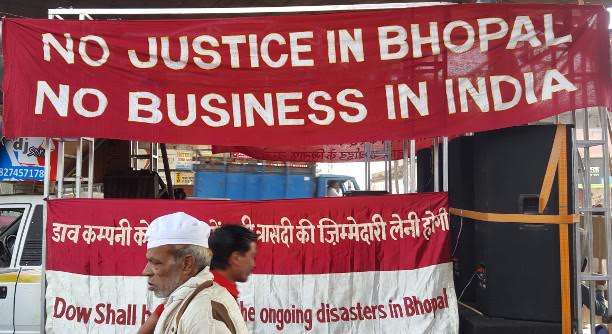 Please consider making a tax-deductible donation to ICJB via our fiscal sponsor PANNA. Your donations fund our campaign work in India & North America.