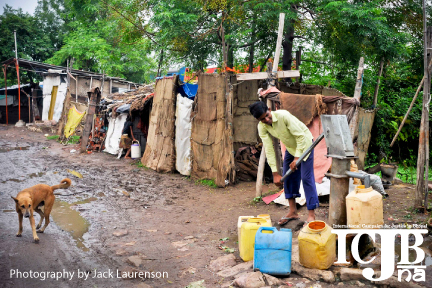 According to Satinath Sarangi of the Bhopal Group for Information & Action, in the Supreme Court hearing on August 30 on the matter of supply of piped drinking water to 42 communities known to be affected by groundwater contamination, the BMC knowingly submitted a false report

Under directions from the apex court, BMC officials collected samples of piped water from 42 communities on August 10 and sent them for analysis to the State Research Laboratory under the Public Health Engineering Department on the same day.

The results were ready on August 14 and showed presence of faecal coliform in over 70 % of the samples. In two samples the faecal coliform, which is indicative of disease causing bacteria, was found to be 2400 times the permissible limit. This was clear evidence of contamination of drinking water with sewage.

Following this adverse report, the same BMC officials secretly collected another round of samples from the same 42 communities on August 18 and sent them to their own Quality Control (Water) Laboratory whose results showed that all the samples were free from faecal coliform.

The Bhopal Group for Information & Action is a part of the Monitoring Committee appointed by the Supreme Court in 2012 on supply of piped drinking water to contamination affected communities. The organization said that in addition to false affidavit on water quality, BMC officials presented fictitious names and addresses of households to the Supreme Court.

Demanding immediate action against concerned BMC officials leaders of Bhopal survivors’ organisations condemned the continued silence and inaction of the Chief Secretary on a crucial matter of public health involving well over 50, 000 people.