At a press conference today, leaders of five organizations of the survivors of the Union Carbide gas disaster welcomed the recent announcement on hearing of the long pending Curative Petition before the Supreme Court of India. They also expressed their apprehension that the Bhopal survivors will be denied just compensation because of the government’s downplaying of deaths and extent of injuries caused by the US corporations.

Said Rachna Dhingra of the Bhopal Group for Information & Action “The government is presenting a far lower figure of deaths than actual and downplaying the extent of health injuries by claiming that 93 % of those exposed were only temporarily injured. Scientific reports and official records show that the correct death figure is 23 thousand and counting and that the overwhelming majority have suffered permanent injuries as a result of exposure to methyl isocyanate gas.”

“On at least four occasions in the last few years ministers and officials of state and central governments have agreed that the figures of damage caused by the Bhopal disaster as presented in the Curative Petition were incorrect and promised to take steps to correct them.” said Nawab Khan, President of the Bhopal Gas Peedit Mahila Purush Sangharsh Morcha. “The petition is to be heard soon and they are yet to make the corrections.” he added.

According to Balkrishna Namdeo, President of Gas Peedit Nirashrit Pensionbhogi Sangharsh Morcha, “If the state and central governments do not make the promised corrections in the Curative Petition before it is heard, they would be deliberately misleading the apex court making justice impossible.”

Nousheen Khan of Children Against Dow Carbide appealed to the next generation of survivors to assert their rights to adequate compensation for health damages caused to them due to the toxic exposure of their parents. “While several scientific publications have reported growth retardation, birth defects and immune disorders among children of gas exposed parents the Curative Petition by the state and central governments remains silent on this matter. Only collective action can break this silence.” 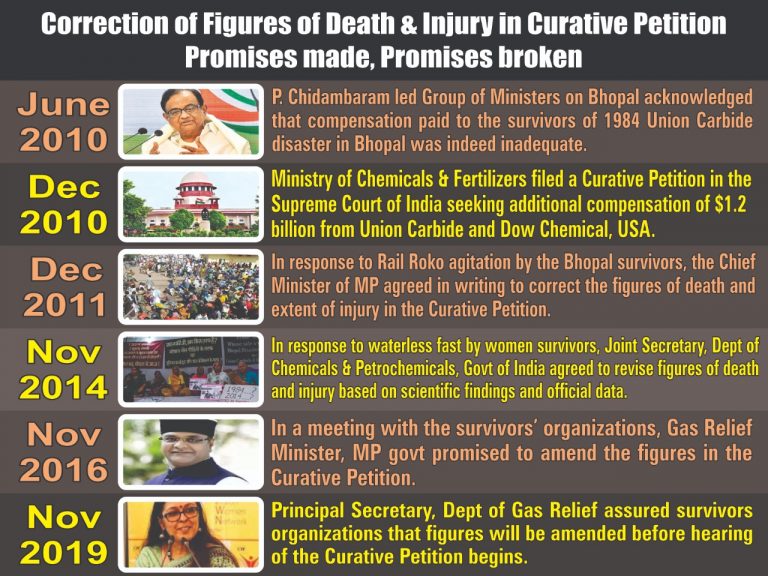 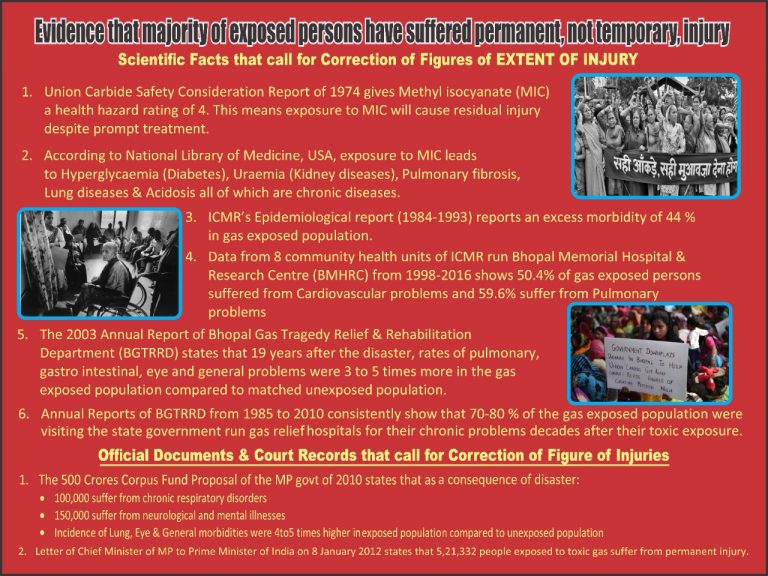 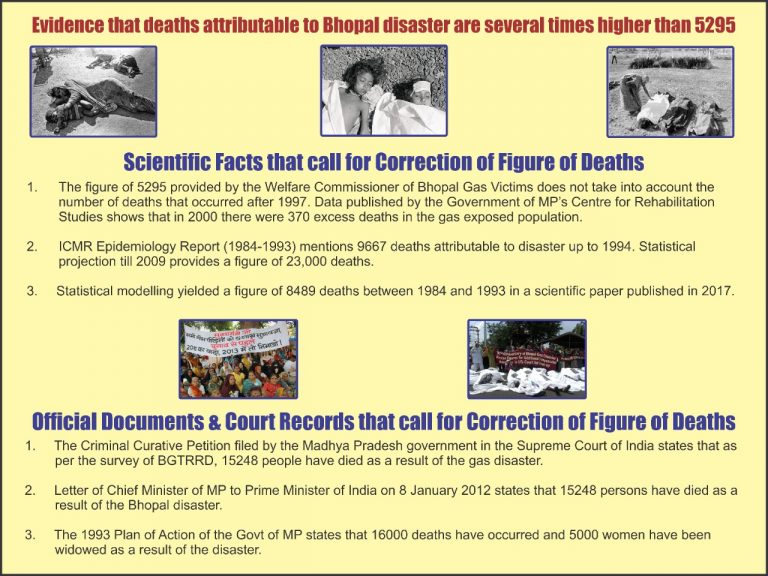