The death of Warren Anderson former CEO of Union Carbide who was held responsible for the death of thousands during what infamously incident came to be known as the Bhopal Gas Tragedy, died on September 29.

The sudden death of the controversial figure puts a question mark on the film Bhopal: A Prayer For Rains, the film on the Bhopal gas tragedy featuring Martin Sheen as Anderson which is all set for December release.

In the light of Anderson’s death the film’s ending is likely to be altered.

While no one was ready to make any official statements on the film, off the record a source reveals, “Warren is portrayed as a pure villain in the film. That may have to be toned down.” Apparently, Martin Sheen insisted on playing Warren as an unmitigated villain.

Says the director Ravi Kumar, “Right since the time Martin agreed to play the controversial character and did a secret recce of Bhopal and Hyderabad, he was clear that the character must be shown as purely culpable in the script.”

Says Ravi, “You’ll be shocked to know that I wanted to humanise Warren Anderson’s character and make him seem a victim of an organizational rather than an individual error of judgment. But Martin insisted on playing Anderson as black rather than grey. He argued and protested and made me realize that there’s no point in making a film on such a ghastly human tragedy if we dilute the truth.”

Adds Ravi, “We couldn’t take a legal view in the script, but we have taken a very strong moral stand against what happened in Bhopal.”

Warren Anderson, responsible for the world’s biggest industrial disaster at the Union Carbide plant in Bhopal, India that claimed over 25,000 lives and counting, has died at 92. Anderson had a quote engraved on his desk that said, ”Leader is best when people barely know he exists.” He lived by that rule.

END_OF_DOCUMENT_TOKEN_TO_BE_REPLACED

The death of Warren Anderon, the CEO of Union Carbide at the time of the disaster, has only just come to light, even though he died over a month ago.  Since 1984, the survivors of the world’s worst chemical disaster have been suffering because of the actions of this man. For 30 years the survivors have asked for Anderson – the “Butcher of Bhopal” – to go in front a court of law and be judged for his negligent actions. But he refused to submit to a higher power than himself, and the United States government shielded him.

His death, like most of his life since the disaster, was a secret – he kept himself hidden away, refusing to admit to the fact that he and his company could have prevented the disaster from occurring if they had chosen to. Instead –  as CEO he put profits over people – and because of this, the survivors of Bhopal will never forgive him.

Over the years, ICJB has made many posters demanding the extradition of Warren Anderson. Below are some of our best anti-Anderson and anti-UCC posters. Check out even more on our revamped Campaign Resources page.

The post below was originally published by the editors of Bhopal.net over 12 years ago, on September 8, 2002. Even though Anderson died in September 2014, the fight for justice lives on. This post’s original conclusion, “[Anderson] and his wife must have been hoping Bhopal had gone away. But Bhopal will never go away. Not until there is justice.”  still rings true – Bhopal will never leave Warren Anderson. He will go down in history as a man who knowingly put profit and greed over  the lives of tens of thousands of people. He will go down in history as a murderer.

BRIDGEHAMPTON, LONG ISLAND: Ex-Carbide CEO Warren Anderson is clearly startled by all the media attention focussed on him since a court in Bhopal reaffirmed on 28 August that he is wanted for the homicide of 20,000 Bhopalis, and called for his immediate extradition. He must really have thought he’d got away with it. Warren has been ignoring the court’s summonses and Interpol’s arrest warrant for more than a decade. How is it, Channel 4 asked last week, that US authorities have apparently been unable to trace him, when it turns out he has been living openly at his house in Long Island’s exclusive Hamptons district? (Channel 4 found the address, incidentally, on our website.)

END_OF_DOCUMENT_TOKEN_TO_BE_REPLACED 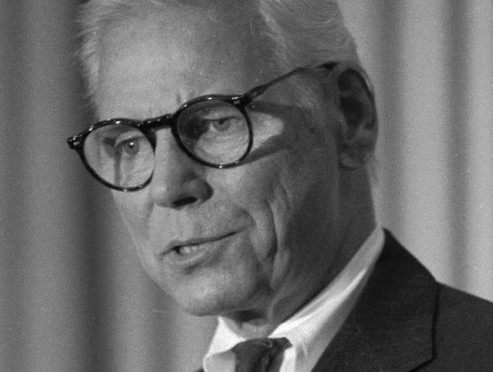 Having escaped multiple calls for him to be extradited to be India to face prosecution for his role in the Bhopal gas tragedy which killed 3,787 and affected thousands for years later, former Union Carbide chief Warren Anderson reportedly passed away in a nursing home in Florida on 29 September.