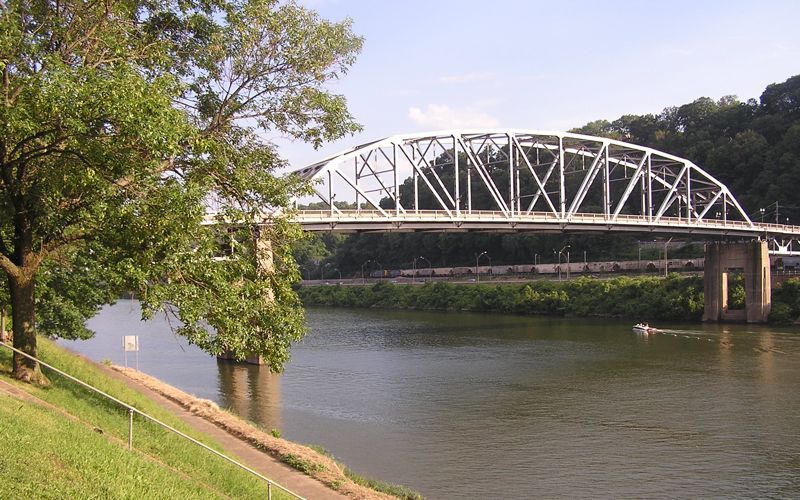 Associated Press
INSTITUTE, W.VA.: For the first time in 26 years, Barbara Oden can let go of the image that has haunted her — poisonous gas leaking from a Union Carbide tank and killing thousands of people in Bhopal, India, in the world’s deadliest industrial disaster.

END_OF_DOCUMENT_TOKEN_TO_BE_REPLACED

OUTLOOK INDIA, July 5, 2010. Union Carbide’s brazen, criminal disregard for safety nauseates still. Prime Minister Manmohan Singh, on his way back from the recent G-20 summit in Toronto, righteously declared his desire to push for a “more favourable” US attitude to extradite former Union Carbide chief Warren Anderson. But as his government begins to push for it, which past Congress and BJP governments have failed to do, those monitoring the bitter aftermath of the Bhopal tragedy say it’s not a paucity of factual evidence—to establish Anderson’s guilt of cutting costs on safety measures—but the lack of political will to take on the Americans that impedes his extradition.

Those looking for facts don’t have to look much beyond Bhopal: The Inside Story, a book by T.R. Chouhan, who was one of the operators of the mic plant and was present on site on the night of the disaster. First published in 1997, the book details how the management of the plant was cutting down on safety measures to make up for losses. “Cutting costs in fact began with the design of the plant. The design was unproven and they were using measures that hadn’t been tried out in their plant in the US. The double standards were clear,” he tells Outlook on the phone from Bhopal, where he now works as a government employee.
[pullquote]

“Cutting costs began with the plant design. They used measures untried in the US. Double standards were clear.”T.R. Chouhan, Eyewitness, Writer[/pullquote] In fact, campaigners have stressed that the plant in Bhopal was “always underfunded, always second-best” compared to Carbide’s plant in West Virginia, despite the company’s claims to the contrary. Chouhan’s book lists some of the key design downgrades in the Bhopal plant that compromised on safety. These include the presence of atmospheric vents in the methyl isocynate (MIC) tank (through which the gas escaped), something that was not present in the W. Virginia plant. Safety measures like the vent gas scrubber (VGS), used to neutralise toxic release, and flare towers (FT), to burn MIC vapours, had back-ups for continuous protection in the US. This was not so in Bhopal. In fact, the VGS was not operational and the FT was under repair on December 3, 1984. Moreover, hazardous operations, like addition of 1-Naphthol into the MIC reactor, were done manually, which they didn’t dare try in the US. Likewise, there was an evacuation plan for the community living next door in W. Virginia, but not for the one in Bhopal.

The plant in Bhopal produced MIC, a chemical compound used to make pesticides, and stored large quantities of it—much more than permitted—on site. This was because there was a glut of Sevin, Carbide’s MIC-based pesticide, in the market. Yet, Carbide officials in the US and India threw caution to the wind. The most important, yet elementary, safety tool not switched on that night was refrigeration. The unit, explains Chouhan, was turned off that night. In fact, it was never switched on for nearly a year to cut down on costs of electricity and coolants. The savings were just about $37 each day. In its absence, the MIC was at an ideal temperature for a corrosive reaction, whereas the MIC manual had strongly advised keeping it below 5 degree Celsius. Even the temperature censor and alarm for the MIC storage tank had not been working for four years. “We raised all these problems with the local management but were never heard,” Chouhan says.

International campaigners have unearthed various Carbide documents to prove the corporation’s desire to economise on safety measures. In one such document, Carbide states openly how the newer, cheaper and untried manufacturing processes being adopted in Bhopal were an “acceptable business risk”. Things only got worse with mounting losses and growing competition. In 1981, the ‘Bhopal Task Force’ at Carbide was constituted to cut costs, as Carbide’s global profits plummeted from $800 million to just $79 million. Between 1978-83, the Bhopal plant had run up losses of $7.5 million (total investment in it was around $30 million). In February 1984, Union Carbide Eastern vice-president R. Natarajan shot off an angry letter asking “what UCC is going to do to resolve the problem”. Manpower was cut—as many as 335 persons lost their jobs at the plant—and training became sparse. Chouhan exposes how the number of trained personnel was declining, and that in 1984, for the first time, there were more transferees from elsewhere (“with less expertise”) working at the plant. In November 1984, there weren’t even any maintenance supervisors. Before the tragedy, plans were being put together to move the Sevin formulation unit to Indonesia and the phosgene, carbon monoxide and MIC units to Brazil.

Also, any claim that Anderson was unaware about safety problems is unfounded. Robert Oldford, a close colleague of Anderson, was personally informed of the safety-related incidents by local employees in Bhopal when he was there in February 1982, about two months after the first death of a UCIL employee in December. And Anderson, campaigners say, was personally involved in the cost-cutting drive and had openly stated that “intensification of training programs, et cetera, will never happen again”.

But it isn’t just the Bhopal plant which was subject to such obstinate disregard for safety. An internal Carbide report, with a very upfront title—‘Our Ten-Year Safety Failure’—details how safety, or rather the lack of it, had become a nagging issue for its operations in the US, Canada and Puerto Rico between 1959 and 1968. “Had this report been made public then, the 1966 agreement for the Bhopal plant between the Indian government and Union Carbide, and the subsequent granting of industrial licence, would not have happened,” says Gopal Krishna of Toxics Watch Alliance.

Its writer and Carbide employee R.T. Bradley pointed out that the firm had become the most hazardous employer among the “big seven” chemicals firms, “maiming people at twice the rate of others”. There was an urgent need for “sound investment” to reduce injuries and ensuing losses at its plants, he added. Bradley ended it with a plea that the firm, instead of being “dollar-oriented”, should focus on the “humanitarian aspect”. Evidently, his advice went unheeded. Ultimately, it was Carbide’s mercenary desire to save as little as $37 each day that led to the tragedy, one that remains painfully unresolved even today.

A welcome visit to this website from Rory Owen Delaney brings news of his latest documentary, Toxic Soup, a Michael Moore style investigation into lives lived under the smokestack shade of giant chemical plants.