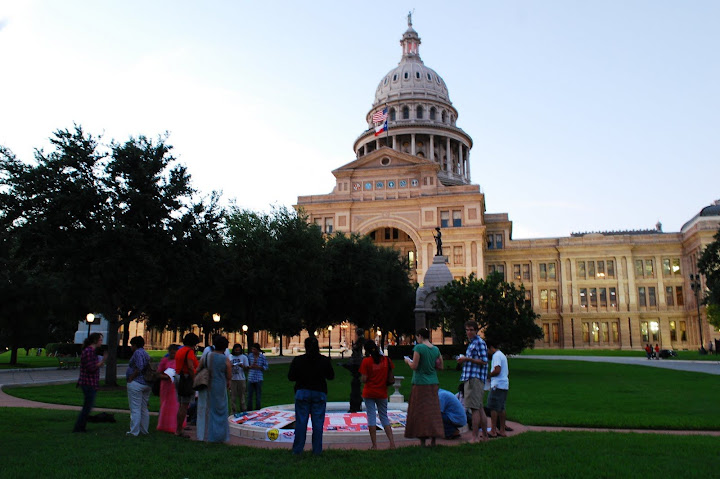 Austin, TX – Today, over 25 people including volunteers (from the Association for India’s Development (AID), Austin Chapter; and Vibha, Austin Chapter), students from UT Austin, and local supporters assembled at Texas State Capitol for a candlelight vigil from 8:30 pm to 9:30 pm to protest the injustice done to the survivors of Bhopal tragedy, to urge The President of University of Texas Austin to act on Bhopal student resolutions, and to start the campaign for an Austin City Council Resolution, which will call on Dow Chemical to take responsibility for the events in Bhopal.

A guilty verdict was handed down on June 7, 2010 against the defunct Union Carbide India Limited (now owned by Dow Chemical) and 7 individuals accused in the Bhopal Disaster criminal case. The accused posted $2,000 bail for their 2 year jail sentence on the day of the verdict. Absconding parties included Dow-owned Union Carbide and its former CEO Warren Anderson. The verdict has been met with outrage by Bhopal survivors and their supporters worldwide.

The candlelight vigil started with chants led by UT students Sucharit Katyal and Vaibhav Jain, who participated in the vigil. The protestors shouted slogans including “What do we want? JUSTICE! When do we want it? NOW!” and “Dow Chemical: Clean up Bhopal”.

“Chemical engineering science was sufficiently developed at the time of the Bhopal disaster and studying through the historical documents, it is proved beyond dispute that Union Carbide deliberately 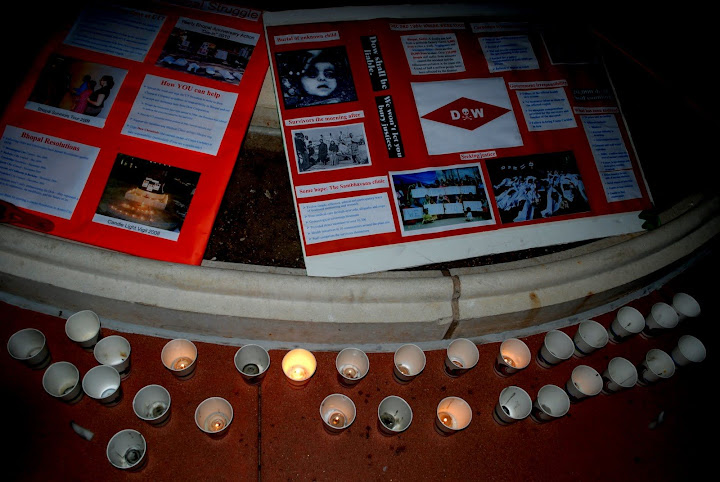 compromised on technology and safety protocols to save money and retain control,” said Chetan Mahajan, chemical engineering graduate student and AID member who participated in the vigil.

In February 2006, The Student Government (SG) and The Graduate Student Assembly (GSA) representing the students of The University of Texas at Austin voted to support the Bhopal resolution sponsored by Association for India’s Development (AID), Austin chapter. The resolution urges the President of The University to write “to Dow Chemical Company to address its responsibility in Bhopal and ask Dow Chemical to spend matching funds for the environmental clean-up in Bhopal”. However, the President of the University has refused to address the concerns raised by SG and GSA concerning Bhopal.

“We wanted UT to recognize something that was not in congruence with the educational goals of the University,” said Sandhya Govindaraju, who worked with SG and GSA representatives in 2006 for the student resolutions.

“Today President Obama wrangled $20 billion from BP for its oil spill without any court proceedings and against the possible legal hurdles such as OPA act,” Mahajan said. “In contrast, the worst industrial disaster victims get peanuts. Multinationals are indeed welcome in developing countries such as India, but the multinationals must stick to the same safety standards as they do in the developed world.” 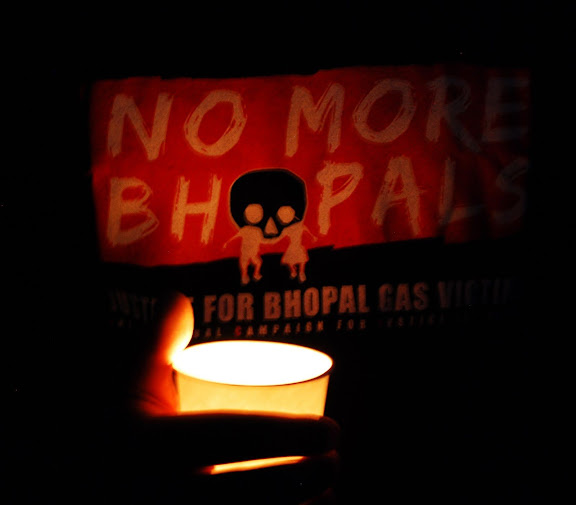