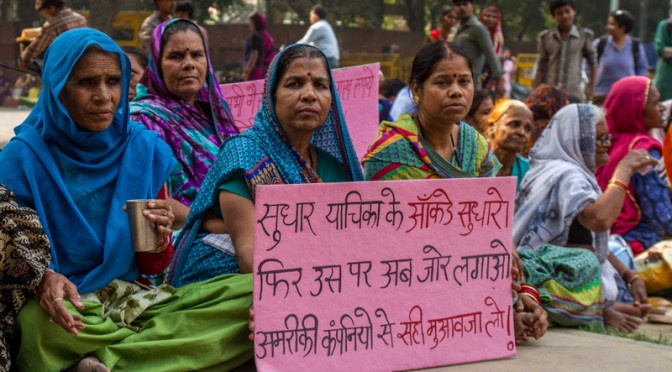 “Mother of 4 sons is considered blessed but because of the disaster I have a cursed life. I want to tell the government that we are dying anyway – this way at least my death will make a difference. I am not afraid – if I was not afraid when the poison clouds hit me, if I was not afraid of the police in the demonstrations I took part in Delhi, Bombay and other places – why should I be afraid now?”

Kamla Bai Airhwar was sleeping with her family of five — husband, one daughter and four sons. She was pregnant with her sixth child. After midnight stung by the gas she ran away carrying one of her sons Pratap who was one year and three months old. Her husband ran away holding 3 years old Malkhan. The remaining three children who were older ran away on their own. Her husband and Malkhan were taken to the District hospital. Malkhan was taken to the ward but husband was dumped in the mortuary. He crawled out of it and came back in the morning. Her husband used to stay ill ever since the disaster. He had breathlessness, cough and used to vomit blood often. Because of his illness they had to stop the business of repairing and selling shoes. Her sons have a range of illnesses that persist till today. Two of them were diagnosed with TB. One of her grandchild has a cleft lip, another has a speech disorder and a third grandchild has severe learning disability. 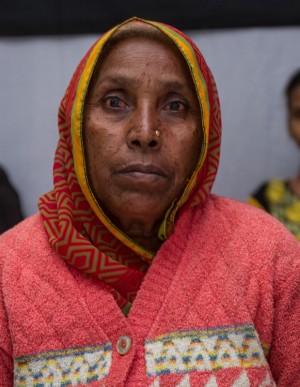