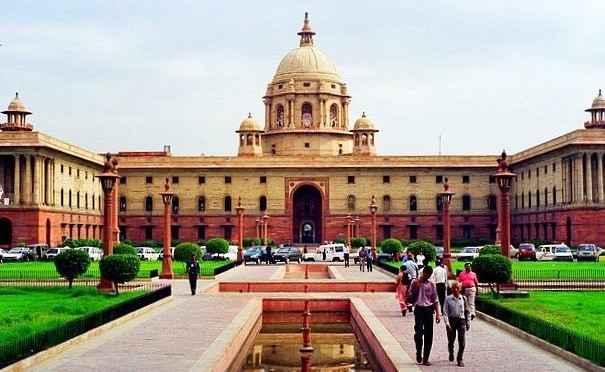 The terms of the 1989 settlement between the Government of India and Union Carbide stipulated that each survivor was to receive 25,000 Rupess, or about US $500, for a lifetime of injuries. In return Union Carbide employees would not be held responsible for their negligent actions.

In contrast, the Times of India reported that Alaskan sea-otters during the Exxon-Valdez disaster were fed airlifted lobster at a cost of $500 per otter per day.

The 1989 settlement was deeply insulting. Worse – it left the survivors with little hope for their futures.

After having waited five long years for compensation between 1989-1989, the Bhopal survivors nevertheless filed a suit to overturn the 1989 settlement in a case that went all the way to the Indian Supreme Court. Citing the inaccurate statistics for the number of dead and injured victims used in the original 1989 settlement, in 1991 the Indian Supreme Court ruled that the quashing of criminal charges against Union Carbide officials was unconstitutional. But the egregious settlement amount of $470 million was allowed to stand – a major victory for Union Carbide because it meant that survivors could not sue them for any more money to cover their injuries.

In its judgment, the Supreme Court recognized that in extinguishing criminal liability, the 1989 settlement had violated a core principle of criminal justice: namely that a person charged with a crime should not be able to simply pay his way out of it. Based on this ruling, the Indian Supreme Court then ordered criminal proceedings against Union Carbide, CEO Warren Anderson, and other UCC officials to be reinstated.

Given that this represented a major alteration in the settlement, the Supreme Court offered Union Carbide its money back. Carbide’s lawyers were in court to hear the decision, and loudly celebrated the upholding of the financial settlement. They did not bother to appeal the revival of criminal proceedings.

In summation the 1989 settlement protects UCC against civil liabilities arising out of the 1984 gas leak, but due to the 1991 ruling the settlement does not extinguish the criminal charges.

(The settlement also does not apply to civil or criminal liabilities arising from the separate issue of ground contamination stemming from negligence at the UCC factory site – read more about this in Court Cases: Union Carbide’s Environmental Liability.)

Almost certainly by 1991 Union Carbide had already decided that it would never appear in an Indian court again. Years earlier, in New York, the company had argued that the case should be heard in India, and bound itself to abide by the decisions of the Indian courts. But once the criminal case was reinstated in 1991, Union Carbide refused to cooperate. The American defendants simply refused all summons from the Indian court and claimed that the Indian legal system had no jurisdiction over them.

The criminal cases are complicated by the need for cooperation between countries, which has not been forthcoming. The Government of India has requested that the United States government extradite Warren Anderson for trial in India, but the USA has so far refused. Nonetheless, the case presses on. In July 2009 the Chief Judicial Magistrate’s (CJM) Court at Bhopal issued another warrant for the arrest of Anderson, which again the USA refused.

When Warrant Anderson was arrested in Bhopal and then released from bail in 1984, he promised he would return to India to appear in court. To this day, he has not. After Anderson ignored multiple summonses to appear for trial, including one published in the Washington Post (January 1992), the Indian Government issued a non-bailable arrest warrant in March 1992, circulated through Interpol. Anderson then went into hiding.

In 2002, Anderson was discovered living a life of luxury in the Hamptons, an exclusive beach resort not far from New York. In May of 2003, the Indian Government requested his extradition, but the request was rejected in July of 2004 by the US government. India re-submitted the request in 2009, and again the US government rejected it. Anderson is still considered an “absconder” (fugitive from justice) by the Indian government. If extradited and convicted of the deaths of 8,000+ Bhopalis, Anderson could be sentenced to ten years in prison.

In summation, over the years Anderson:

The Future of the Case Against Dow-Carbide

Dow Chemical bought the Union Carbide Corporation and all its assets in 2001. Today, when Dow Chemical characterizes the 1989 decision as a “full and final settlement,” it carefully avoids mentioning that the criminal charges were reinstated and Union Carbide remains under trial in the Chief Judicial Magistrate’s Court of Bhopal to this day. Dow didn’t even mention the criminal charges in its SEC filings during the process of its takeover of Union Carbide.

If Dow/Carbide is found guilty, it could be sentenced to pay a fine without an upper limit. Such penalties are decided based upon the magnitude of the crime (the world’s worst industrial disaster), the stature and ability of the accused party to pay (the world’s second largest chemical corporation), and the current state of the victims.

In India Warren Anderson and Union Carbide are legally considered “absconders,” or fugitives from justice, while Dow Chemical is officially harboring a fugitive from justice.

Return to 4. The Ongoing Disaster: 1990-Present