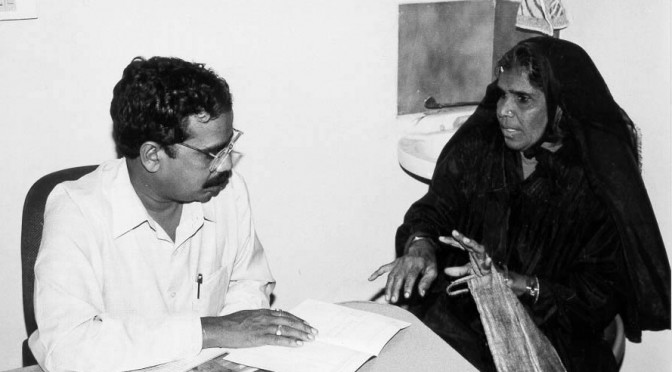 October 3, 1991: In response to review and writ petitions, the Supreme Court of India finds that the quashing of criminal charges in the 1989settlement was unconstitutional, and reinstates the criminal cases against UCC, Warren Anderson, and other accused parties.

To meet the medical needs of the gas victims, the Court further ordered the Government of India to construct a 500-bed hospital. The construction cost of the hospital and its running cost for eight years was to be borne by UCC and UCIL.

However, the Court also upholds the US $470 million settlement. Union Carbide describes the Supreme Court of India’s final order to reinstate the criminal cases as “unfortunate.”

October 1992: The Permanent Peoples Tribunal [PPT] on Industrial Hazards and Human Rights holds its session in Bhopal (PPT was founded in 1979 as the successor to the Bertrand Russell Tribunal on Crimes Against Humanity). Recommends the setting up of an International Medical Commission on Bhopal (IMCB).

January 23, 1994: The IMCB issues a statement which, among other things, states the following: “The IMCB publicly and clearly condemns Union Carbide and reiterates its full responsibility not only for the responsibility of the deadly gas leak but also for the confounding role of its behavior with respect to the timely and effective application of the appropriate medical measure since the time of the accident. We underline specifically: 1. The lack of transparency about qualitative and quantitative composition of the leaking gases. This contributes substantially to the absence of a rational strategy of care in the acute phase and to the perpetuation of conflicts and suspicions among the professionals and the population….”

September 5, 2002: President of India visits Bhopal. In his speech at the Bhopal Memorial Hospital, where he was expected to speak for half an hour, he winds up in 3-4 minutes, saying he does not know enough about BMHT to say anything about their work.

January 30, 2003: At a press conference, leading Indian medical specialists from different disciplines express serious concerns on the continuing health problems of survivors affected by the Union Carbide disaster and those suffering from contamination of ground water in the local area. Studies on those affected by the factory contamination were also presented: the commonest symptoms were found to be abdominal pain followed by giddiness, pain in chest, headache and fever. www.bhopal.net/oldsite/topdoctorsrelease.html

October 10, 2010: Setting up of National Institute for Research on Environmental Health (NIREH) in Bhopal in response to demands for resumption of medical research by survivors organizations from 2006.