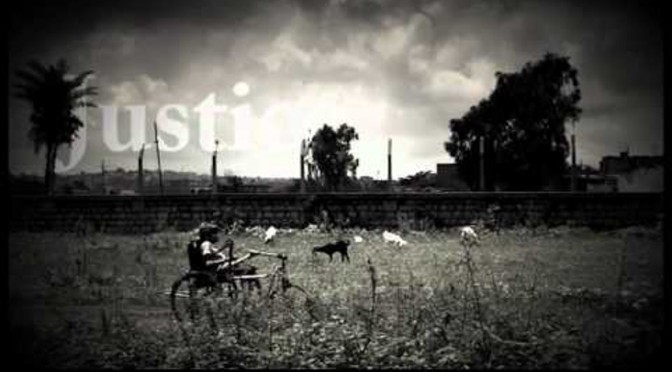 November 18, 1999: Effective service of process on Carbide is accomplished at their Danbury offices.

November 25, 1999: Process servers inform plaintiffs’ counsel at GLRS that service on the New York condo is not effective service since its only a mailing address.

November 30, 1999: Carbide’s defense counsel, Kelley Drye & Warren, writes to Judge Keenan regarding briefing schedule in this case in a letter where it clearly claims to represent “defendants” (plural) indicating Carbide and Anderson.

December 5, 1999: Process servers inform GLRS that Anderson’s Vero Beach address is “windswept” and abandoned-looking; plus a neighbor tells them she “knows all about the lawsuit” but that Anderson has not been at this address “since last season” and “tends to keep a low profile.”

December 10, 1999: Plaintiffs’ counsel GLRS writes to Kelley Drye requesting that, since they claim to represent “defendants,” will they accept authorized service of process for Warren Anderson?

December 10, 1999: Carbide’s attorney, William A. Krohley, writes back as follows: “neither I nor my office is authorized to accept service of the enclosed summons and complaint for Warren Anderson.”

January 3, 2000: Plaintiffs’ counsel files amended class action complaint. On phone with GLRS, without confirming or denying that his firm represents Anderson, Krohley indicates that his firm will consider whether or not to accept service for him.

January 7, 2000: Plaintiffs’ counsel writes to Krohley noting that his letter only mentions Carbide and demanding a response “as per our phone conversation” about whether or not Kelley Drye will accept service of process for Anderson.

January 13, 2000: Mr. Krohley leaves GLRS a voice mail indicating that they will not accept service for Anderson and that GLRS should try to trace his present whereabouts “if you can.” In closing, he says: “Good luck.”

March 8, 2000: Mr. Krohley indicates to GLRS that they would, now, be willing to accept service on behalf of Warren Anderson and tried to suggest that he had not been evading service but has had “some heart trouble” lately.

August 28, 2000: Bano v. Union Carbide is dismissed by Judge John F. Keenan mainly on the grounds that the Bhopal Act [Bhopal Gas Leak Disaster (Processing of Claims) Act, 1985] prevented individuals or organizations outside the Government of India from bringing an action against Union Carbide or its officials, and that the 1989 settlement covered all future claims.

October 2000: Appeal against Judge Keenan’s decision filed before the Second Circuit Court of Appeal of the US Federal Court. Futile requests to the Indian government, over several months, to file an amicus curae before the Court of Appeal to clarify the role and scope of the Bhopal Act in support of the appeal.

February 6, 2001: Dow-Carbide merger occurs. Dow Chemical inherits assets and liabilities of UCC; however, Dow falsely claims it is not responsible for a factory it did not operate. Survivors demand that Dow Chemical be held responsible for all medical and environmental liabilities in Bhopal, and for the potential sentences that may be imposed against UCC in the ongoing criminal trial. Dow Chemical’s $10 billion acquisition of UCC opens the possibility of enforcing criminal liability against the corporation, as Dow Chemical has four subsidiaries and substantial assets in India.

November 15, 2001: The Second Circuit Court of Appeals part affirmed and part dismissed the decision of Judge Keenan’s summary of Bano v. Union Carbide. It directed Keenan to re-instate seven counts regarding contamination of ground water and soil in and around the factory and consequent health damages. Plaintiffs file motion to discovery. www.bhopal.net/oldsite/poisonpapers.html

January 9, 2002: Dow Chemical accepts UCC’s liabilities in the US, and settles an asbestos-related lawsuit in Texas, originally filed against UCC.

June 2002: In response to a petition moved under Rule 56 [f] by plaintiff’s attorney on June 20, 2002 Judge Keenan has directed Union Carbide to provide additional documentation related to the case. Union Carbide obeyed this order.

September 20, 2002: Plaintiffs and their attorney Mr. Raj Sharma filed affidavits on the basis of about 100 “smoking gun” documents before Keenan.

November 11, 2002: Plaintiffs of Bano v. Union Carbide share documents from the US class action suit with the CBI. The CBI acknowledges that the documents will be of great use for the prosecution and extradition of Anderson.

November 22, 2002: Plaintiffs of the Bano v. Union Carbide class action suit make public more secret documents obtained from UCC via the discovery process. The documents show that UCC tested soil and water in and around its Bhopal factory after the disaster and found them to be heavily contaminated. It did not make this information public; instead UCC used another report by NEERI, which said there was no contamination, to appease the public and the GOI. The confidential UCC documents show they considered the findings of the NEERI report to be unreliable. www.bhopal.net/oldsite/poisonpapers.html

December 3, 2002: Nine investment firms, which collectively manage a total of $13 billion (USD), send a letter to Dow Chemical CEO, Michael Parker, and Chairman, William Stavropoulos, expressing concern about the company’s unwillingness to accept its responsibilities in Bhopal. Citing damage to Dow Chemical’s reputation, and the undermining of its “commitment to sustainability” the firms wrote “We are also concerned about a potential judgment the company may face in a pending lawsuit in the US over groundwater contamination from improper waste disposal at Union Carbide’s Bhopal facility, as well as ongoing litigation in Bhopal, India for compensation, environmental remediation, and medical rehabilitation.”

March 18, 2003: Federal judge John F. Keenan again dismisses Bano v. Carbide, this time on grounds of limitation. “Plaintiffs’ claims are untimely and directed at improper parties. Union Carbide has met its obligations to clean up the contamination in and near the Bhopal plant. Having sold their shares long ago and having no connection to or authority over the plant, they cannot be held responsible at this time.” EarthRights International explained,  “The Court dismissed because, in its view, the named plaintiff was injured too long ago to present a claim, the organizations that filed suit could not represent the victims, and an order that Union Carbide clean up the plant would be difficult to enforce.” www.bhopal.net/oldsite/uscad2.html

October 17, 2003: Leading Congressman Frank Pallone and eight other US lawmakers file an amicus brief with the Court of Appeals, asserting, “It is unacceptable to allow an American company not only the opportunity to exploit international borders and legal jurisdictions but also the ability to evade civil and criminal liability for environmental pollution and abuses committed overseas.”

November 2003: Boston Common Asset Management files a shareholder resolution on behalf of its client, Brethren Benefit Trust Inc., calling on Dow Chemical to prepare a report describing the initiatives it has instituted to address the specific health, environmental and social concerns of the Bhopal survivors. The resolution also requests that Dow quantify and analyze the impacts that the Bhopal disaster may reasonably pose to the company, its reputation, its finances, and its expansion in Asia and elsewhere.

March 17, 2004: The Second Circuit Court of Appeals partly reverses Judge Keenan’s decision with regards to Bano v. Union Carbide. “It held that while the named plaintiff’s personal injury claims were time-barred, her property damage claims were not. In addition, the Court held that Union Carbide could be ordered to clean up individual victims’ property, and could also be ordered to clean up the plant site itself, if the Indian government, which owns the land on which the plant sits, were to intervene and request such a clean-up.” (EarthRights International) The appeal decision also allows for certain personal injury claims within the statute of limitations period; property claims for monetary damages; and claims for medical monitoring by plaintiffs.

April 15, 2004: The City of San Francisco becomes the first US city to pass a resolution urging Dow Chemical to address pending issues as a result of the Bhopal gas disaster, and to observe December 3rd, 2004, the 20th anniversary of the disaster, as Bhopal Remembrance Day.

June 7, 2004: The Madhya Pradesh state government recommends to the Central government, that the ‘No Objection Certificate’, which is needed in the American Court for disposal of Toxic Chemicals at Union Carbide plant site at Bhopal, should be issued.

June 15, 2004: Non-resident Indians, students and other supporters gather outside the Indian Embassy in Washington, DC and four Indian Consulates throughout the US to demand that the GOI allow UCC to clean-up its abandoned factory site in Bhopal, if ordered to do so by the US Courts.

June 18, 2004: Two survivors Rashida Bee and Shahid Noor, as well as long-time activist Satinath Sarangi, launch an indefinite hunger strike without water in order to force the Government of India to issue the “No Objection Certificate” regarding the clean- up and decontamination of the factory site. Over 400 survivors from Bhopal also attend the launch of the fast in Delhi. This NOC was needed in the NY district court by June 30th, 2004.

June 21, 2004: Supporters demonstrate outside the Indian Embassies in Washington D.C. and Houston, Texas in solidarity with the ongoing hunger strike.

June 23, 2004: Following the campaign, which included approximately 2,800 faxes sent to the GOI, 300 people joining the hunger strike, dozens or protests outside GOI offices in US and India, the GOI agrees to submit a memo to Judge Keenan and the New York District Court saying that it has no objection to the decontamination being carried out by UCC. This letter is sent on June 28th.

Sep. 30, 2004: US Congressman Frank Pallone introduces a resolution before the US Congress to recognize the 20th anniversary of the Bhopal disaster, and express commitment to working with the GOI and others to ensure that UCC provides environmental and medical rehabilitation, and is held responsible for its actions.

December 1, 2005: Judge Keenan dismisses the property claim of the named plaintiff, Haseena Bi, citing that she did not own her property in the Bano v. Union Carbide suit.

August 10, 2006: The Second Circuit Court of Appeals upholds the dismissal of remaining claims in the Bano v. Union Carbide suit.

November 20, 2006: Judge Keenan finds that UCC is not liable for damages alleged by the plaintiffs in the Sahu I v. Union Carbide class action suit.

March 13, 2007: Sahu II v. Union Carbide, a class action lawsuit before the Southern District Court on property damage claims. Sahu II is filed while Sahu I is on appeal. “Although the named plaintiffs in Sahu II are not identical to those in Sahu I, because the facts at issue in the cases are similar the District Court granted the plaintiffs’ motion to stay Sahu II in 2007.” (EarthRights International).

November 3, 2008:The Second Circuit Court of Appeals “vacated the judgment on grounds that the trial court did not provide the plaintiffs notice that it intended to rule based upon the limited evidence that was before the court, and sent the case back down to the District Court for further proceedings.” (EarthRights International) in the Sahu I v. Union Carbide class action suit.

January 29, 2014: New evidence is submitted by the plaintiffs in Sahu II v. Union Carbide, which “demonstrates the chemical company’s direct role in designing and building the pesticide plant in Bhopal, India, that caused the world’s worst modern industrial disaster and continues to pollute residents’ water with toxins.”

July 2014: The SDNY Court granted summary judgment for the defendants of Sahu II, finding that UCC could not be sued for ongoing contamination from the Bhopal plant – despite evidence submitted by plaintiffs showing UCC had a direct hand in the construction process. In his decision, Judge Keenan improperly dismissed evidence – which Keenan described as unsupported – despite the fact that judges are not supposed to weigh the persuasiveness of evidence at the summary judgment stage.