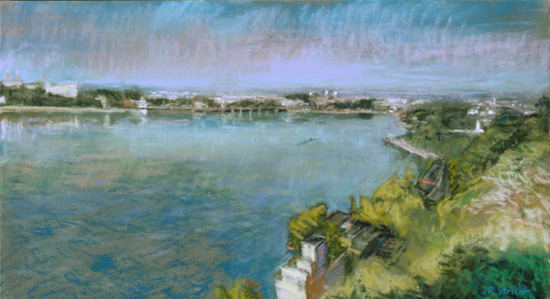 Bhopal is a city in central India, and the capital of the state of Madhya Pradesh. It is roughly 360 miles south of the Indian capital, New Delhi, and has a population today that approaches 1.5 million. Bhopal’s population was only 850,000 in 1984 when, as a result of the Union Carbide gas leak, half a million people were exposed to deadly chemicals.

The capital of Madhya Pradesh, Bhopal was built on the site of the 11th Century City of Bhojpal, founded by the Parmara King Bhoj (1000-1055). The city was originally known as Bhojpal, named after Bhoj and the dam (‘pal’) that he is said to have constructed to form the lakes surrounding Bhopal.

The present city of Bhopal was founded by one of Emperor Aurangzeb’s Afghan soldiers Dost Mohammed Khan, who took advantage of the chaos that followed Aurangzeb’s death in 1707 and managed to establish his small kingdom in Bhopal. Although the kingdom was small, it survived several wars and became a princely state in British India in 1818.

Bhopal reached its height of culture, arts and public works under the enlightened rule of the Begums, a 19th century dynasty of Muslim women. Although not officially recognized as a Begum, Mamola Bai (1744-95) ruled for 50 years from ‘behind the curtain’ (purdah) on behalf of her late husband’s ineffective sons.

The accepted rule of the Begums dates from the accession of the 18-year-old Qudsia Begum (1819-37), who seized control after the assassination of her husband. Although she was illiterate, she was brave and refused to follow the purdah tradition. She declared that her 2 year old daughter Sikander would follow her as the ruler of Bhopal, and none of the male family members dared challenge her decision. She was legendary for the care that she took of her subjects, eating her meals only after receiving the news every night that all her subjects had taken meals. She also invested in public works, building the Jama Masjid of Bhopal and a beautiful palace, the Gohar Mahal. Qudsia carefully prepared her daughter Sikandar to rule, laying the foundations for what would become Bhopal’s golden age.

In 1844, Sikander Begum (1844-68) rose to power. Her name, which means ‘Alexander the Great’ in Arabic, proved prophetic in its description of her physical power and courage. Sikander was trained in the martial arts, fought in many battles, and never observed the purdah. During the Indian rebellion of 1857, she sided with the British and crushed those who revolted against them. However Sikander was also an enlightened modernist and a reformer, presiding over administrative, social and educational reform that made Bhopal a haven for scholarship and culture and a centre for building, arts and crafts.

Her successor, Shah Jahan Begum (1868-1901) proved a marked contrast to her powerful mother but she still left a considerable mark in architecture, music, poetry and the arts. In fact, like her Mughal namesake emperor Shah Jahan, she bore a particular passion for architecture, and invested heavily in a series of elaborate public works that beautified the city.

Sultan Jahan Begum, daughter of Shah Jahan Begum, succeeded her in 1901, ruling until the succession of her son (and the end of the Begums) in 1926.

She further advanced the emancipation of women and established a modern municipal system. She had her own palace Sardar Manzil, but she preferred the quiet and serene environment at the outskirts of the city. She developed her own walled mini-city, named Ahmedabad after her late husband (not to be confused with Ahmedabad, Gujarat). Sultan Jahan combined Muslim piety with ardent reform and became an international figure as first president of the All India Conference on Education and first chancellor of the Muslim University of Aligarh.

The peaceful rule of Begums led to the rise of a unique mixed culture in Bhopal. The Hindus were given important administrative positions in the state. This led to communal peace and a cosmopolitan culture took its roots. Even the Pathans, famous for their roughness and soldier-like nature, acquired a taste of culture and indulged in poetry, arts and literature.

Today, Bhopal remains a city of considerable beauty. The two lakes of Bhopal still dominate the city; bordered along their shores are the old city with its marketplaces, magnificent mosques and palaces, and the new city with its verdant, exquisitely laid out parks and gardens, broad avenues and streamlined modern buildings.