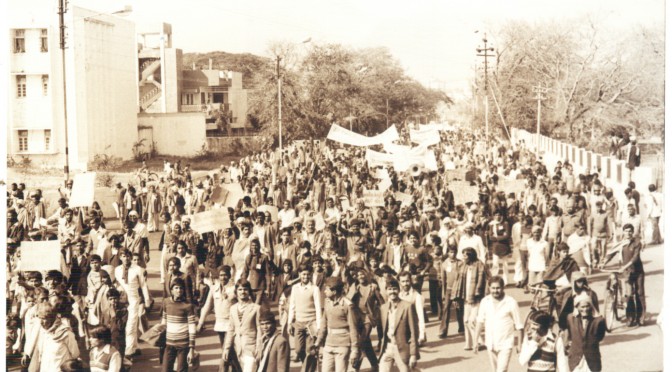 Immediately following the disaster there were many questions – What had caused it? Was there anything that could be done for the seriously ill? How should survivors be compensated? But from the start, the question of “Who is responsible?” had a clear answer: the Union Carbide Corporation.

The Union Carbide Corporation and the Indian government colluded   to ensure survivors were not given effective medical treatment following the disaster.

Union Carbide worked hard to make everyone think the disaster was caused by a disgruntled employee-saboteur. In reality, UCC was the culprit and its lie has been thoroughly debunked.

Based on internal UCC communications, it is clear that the corporation and Warren Anderson, CEO at the time, knew the dangers of the factory and did absolutely nothing to mitigate them.

Compensation & the Injustice of the 1989 Settlement

Each survivor got less than US $500 for a lifetime of injuries – while Union Carbide’s stock soared.