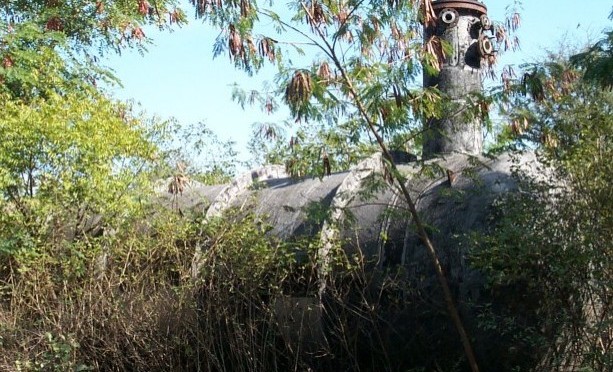 December 2-3, 1984: Poisonous gas leak from Union Carbide’s pesticides factory occurs at midnight December 3rd, 1984. In three days at least 8,000 people die. On the night of the disaster, water (that was being used for washing the lines) entered the tank containing MIC through leaking valves. The refrigeration unit, which should have kept the MIC close to zero degrees centigrade, had been shut off by the company officials to save on electricity bills. The entrance of water in the tank, full of MIC at ambient temperature, triggered off an exothermic runaway reaction and consequently the release of the lethal gas mixture. The safety systems, which in any case were not designed for such a runaway situation, were non-functioning and under repair. Lest the neighbourhood community be “unduly alarmed,” the siren in the factory had been switched off. Poison clouds from the Union Carbide factory enveloped an arc of over 20 square kilometres before the residents could run away from its deadly hold.

December 7, 1984: Former Union Carbide Corporation (UCC) CEO, Warren Anderson and nine other executives are charged in the Indian courts. While visiting the Bhopal factory, Anderson is arrested. Shortly afterwards he is released on a bail of 25,000 Rupees (approximately $500 at the time) after promising that he would appear in the Indian courts to face the charges against him. Anderson was escorted to New Delhi on a special government aircraft and allowed to leave the country; he never returned. B. R. Lall of India’s Central Board of Investigation (CBI) later reports that the Government of India (GOI) prevented the CBI’s attempt to extradite Anderson in the 1990s, at the request of the US Government.

Bond December 7, 1984
I, Warren M Anderson s/o John Martin Anderson am resident of 63/54 Greenidge Hills Drive, Greenidge, Connecticut, USA. I am the Chairman of Union Carbide Corporation, America. I have been arrested by Hanumanganj Police Station, District Bhopal, Madhya Pradesh, India under Criminal Sections 304 A, 304, 120 B, 278, 429, 426 & 92. I am signing this bond for Rs. 25,000/- and thus undertaking to be present whenever and wherever I am directed to be present by the police or the Court.

Signed : Warren M. Anderson  Note: Mr. Anderson’s signature was obtained after the language of this bond was translated in to English by Vijay Gokhle, the then Managing Director of UCIL, and read out to Mr. Anderson.

March 1985: The GOI enacts the “Bhopal Gas Leak Disaster (Processing of Claims) Act 1985,” which gives the GOI the sole power to represent the victims in the civil litigation against UCC. This was done without any consultation with the victims.

March 26, 1985:  ”We have no evidence whatsoever that sabotage was behind the incident in Bhopal,” Anderson tells US Rep. Henry Waxman at a joint hearing before US House of Representative Committee. But soon after, UCC claimed that a saboteur caused the disaster, absolving itself of any wrong doing. Since then, the sabotage theory has been thoroughly debunked.

April 1985: The GOI files a US $3 billion compensation suit on behalf of the victims in US federal court (presiding over case was Judge Keenan).

May 1986: The case is sent to Indian courts on grounds of forum non-convenience, under the condition that UCC would submit to the jurisdiction of Indian courts.

September 1986: The GIO files a suit against UCC in the Bhopal District Court.

UCC’s lawyers decided to delay all legal proceedings in order to squeeze the Indian government into accepting a low settlement. They:

May or June 16, 1988: The Chief Judicial Magistrate (CJM) of the Bhopal District Court issues fresh summons against Warren Anderson.

July 6, 1988: The CJM of Bhopal issues a letter of request to the American government, seeking permission for the CBI to inspect the safety systems installed at the MIC unit of UCC’s chemical plant in Institute, West Virginia – commonly known as Bhopal’s “sister-plant.”

July 16, 1988: The CJM of Bhopal, K.L. Sisodiya, orders fresh summons to be served to Warren Anderson.

September 24, 1988: One of several summons served to Warren Anderson through Interpol.

November 2, 1988: Erle Slack, spokesman for UCC in Danbury, claims, “Indian courts have no jurisdiction over Mr. Anderson or the company.”

November 15, 1988: The Chief Judicial Magistrate of Bhopal issues bailable warrants against Warren Anderson, UCC (USA) and Union Carbide (Eastern) Hong Kong. It is reported that Anderson is unable to be located.

February 9, 1989: The CJM of Bhopal proclaims Anderson an absconder for repeatedly ignoring summons, issues a non-bailable warrant for his arrest, and directs him to be present in court on March 31st, 1989.

February 14, 1989: The American government grants permission to the CBI to inspect the safety systems of UCC’s Institute WV plant, for purposes of comparison of the safety standards in both plants.

February 14 – 15, 1989: While the matter relating to payment of interim compensation was being heard before the Supreme Court of India, UCC and the GOI reached a final settlement of US $470 million, without consulting survivors or survivors’ groups. Survivors were awarded an average of US $500 each, in compensation, far below international compensation standards (and the standards set by Indian Railways for accidents). In exchange:

Public protest against the unjust settlement was followed by the filing of a number of review and writ petitions against the settlement in the Supreme Court of India by the Bhopal Gas Peedith Mahila Udyog Sangatan (BGPMUS), the Bhopal Group for Information and Action (BGIA) and other support groups.

May 1989: The Supreme Court of India agrees to review the 1989 settlement.