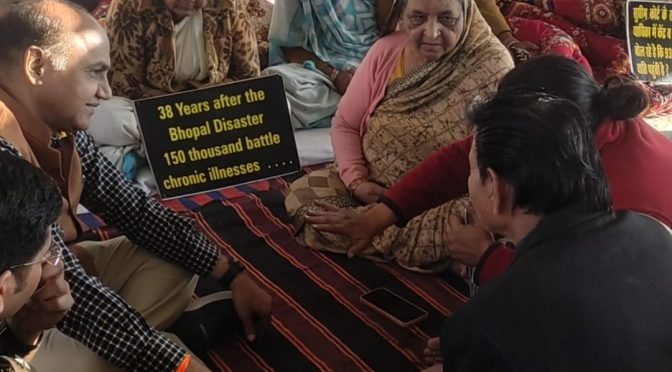 Five organizations of the survivors of the Union Carbide disaster in Bhopal called off the waterless fast by 10 women survivors this afternoon after positive responses from both state and central governments.

According to the organizations, in a phone call with the leaders of the organizations this afternoon, the Minister of Bhopal Gas  Tragedy Relief & Rehabilitation in the state government expressed agreement with the facts and figures presented by them and promised to finalize details in a meeting on January 4, 2023.

The organizations also stated that earlier in the afternoon the office of the Attorney General has assured the counselor of the survivors’ organizations that all documents presented by them would be  included in the papers to be presented before the Supreme Court Bench hearing the Curative Petition for additional compensation.

The ten women survivors broke their 29 hours long waterless fast with fruit juice offered by officials of the state government and the district administration.