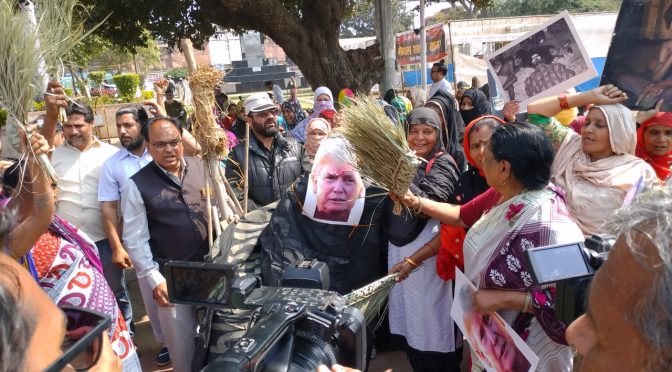 Hundreds of women survivors of the 1984 Bhopal gas disaster today flayed US President Trump in effigy with brooms on the occasion of his visit to India. Led by four local organizations, the survivors expressed their anger against the US government for refusing to serve summons issued by the Bhopal Court upon Dow Chemical, owner of Union Carbide. Madhya Pradesh Muslim Vikas Parishad, a local social service organization supported the demonstrators’ call for justice in the criminal case on the world’s worst industrial disaster. 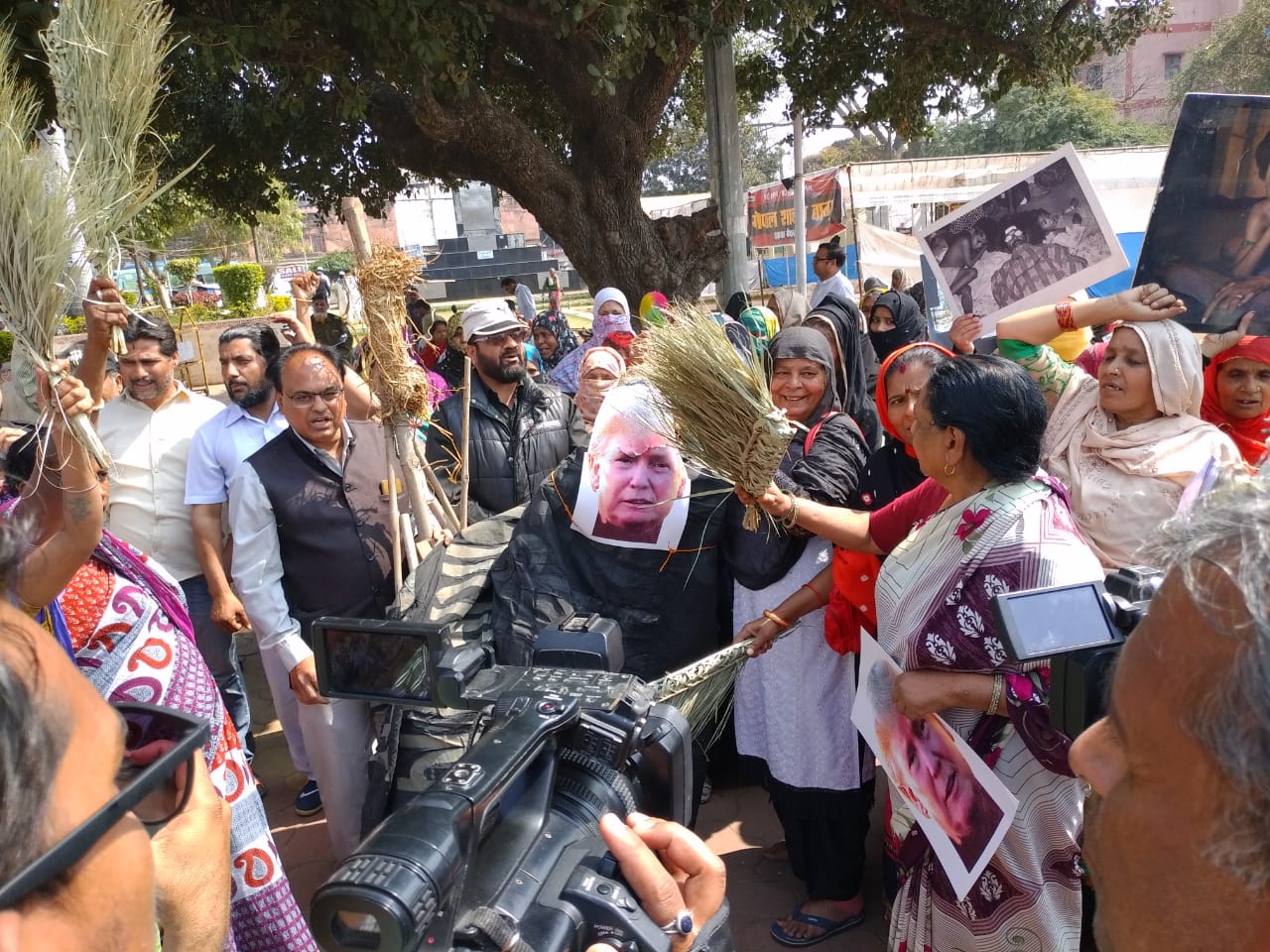 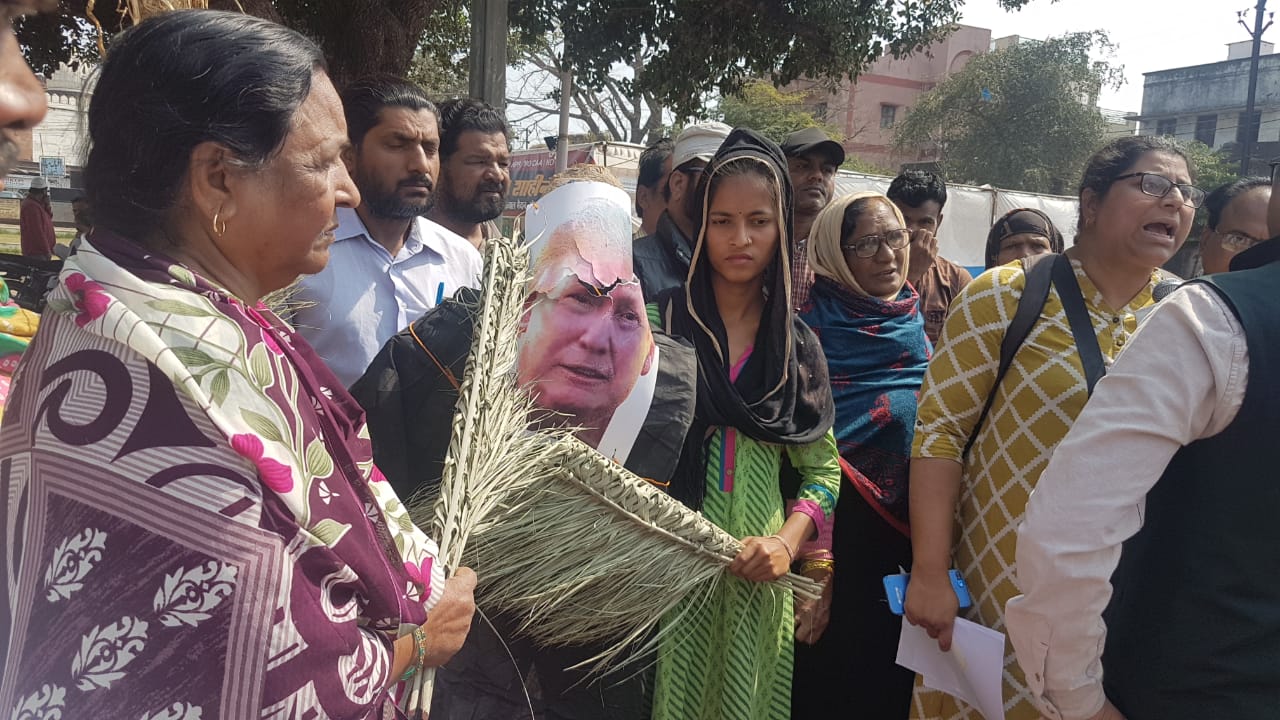 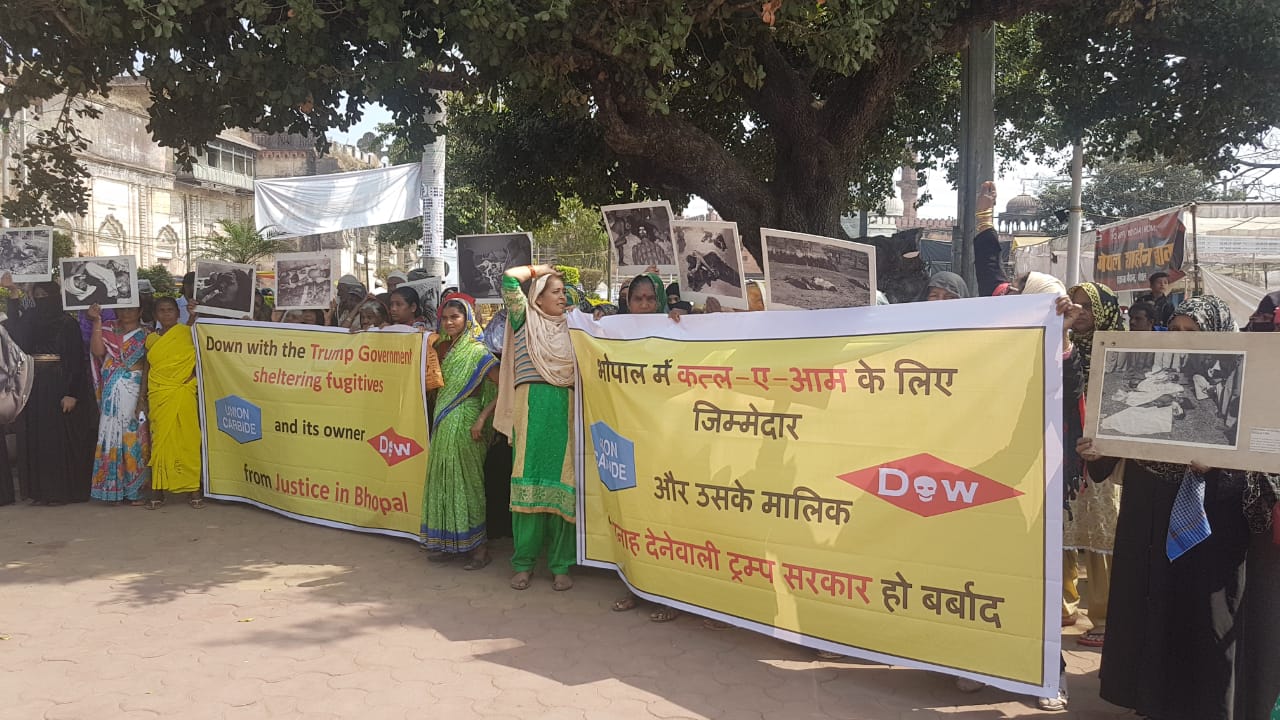 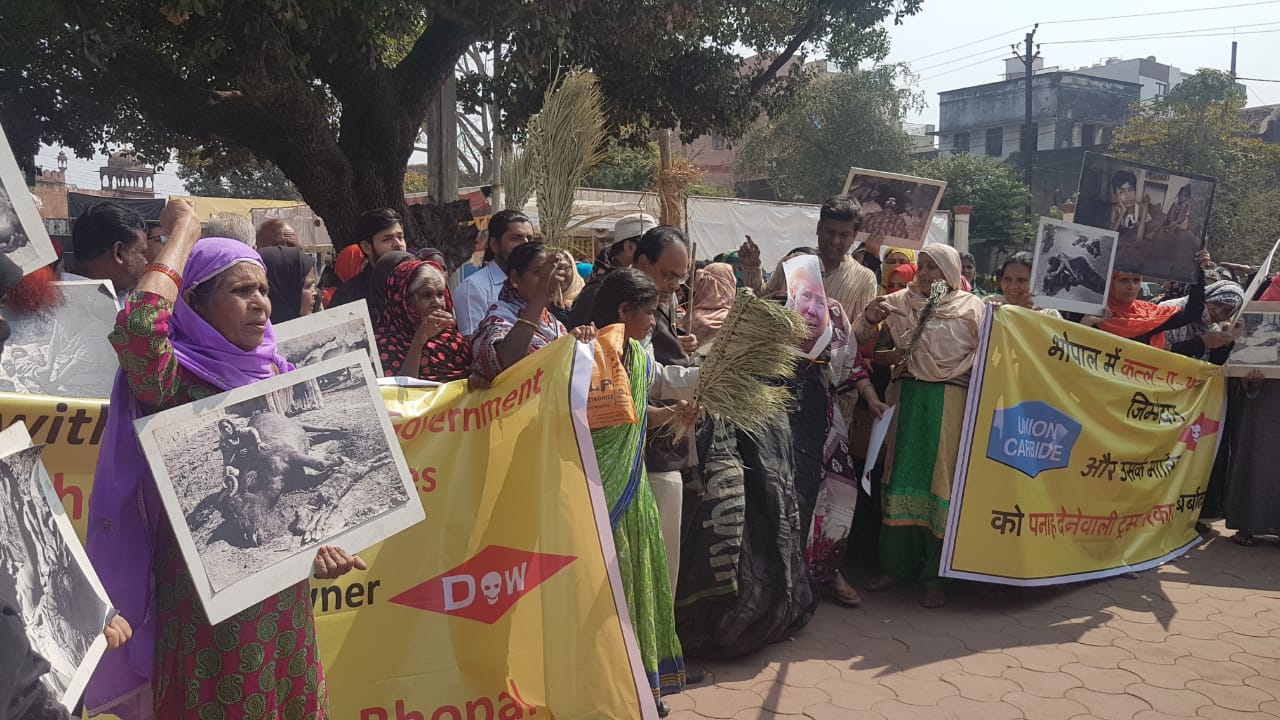 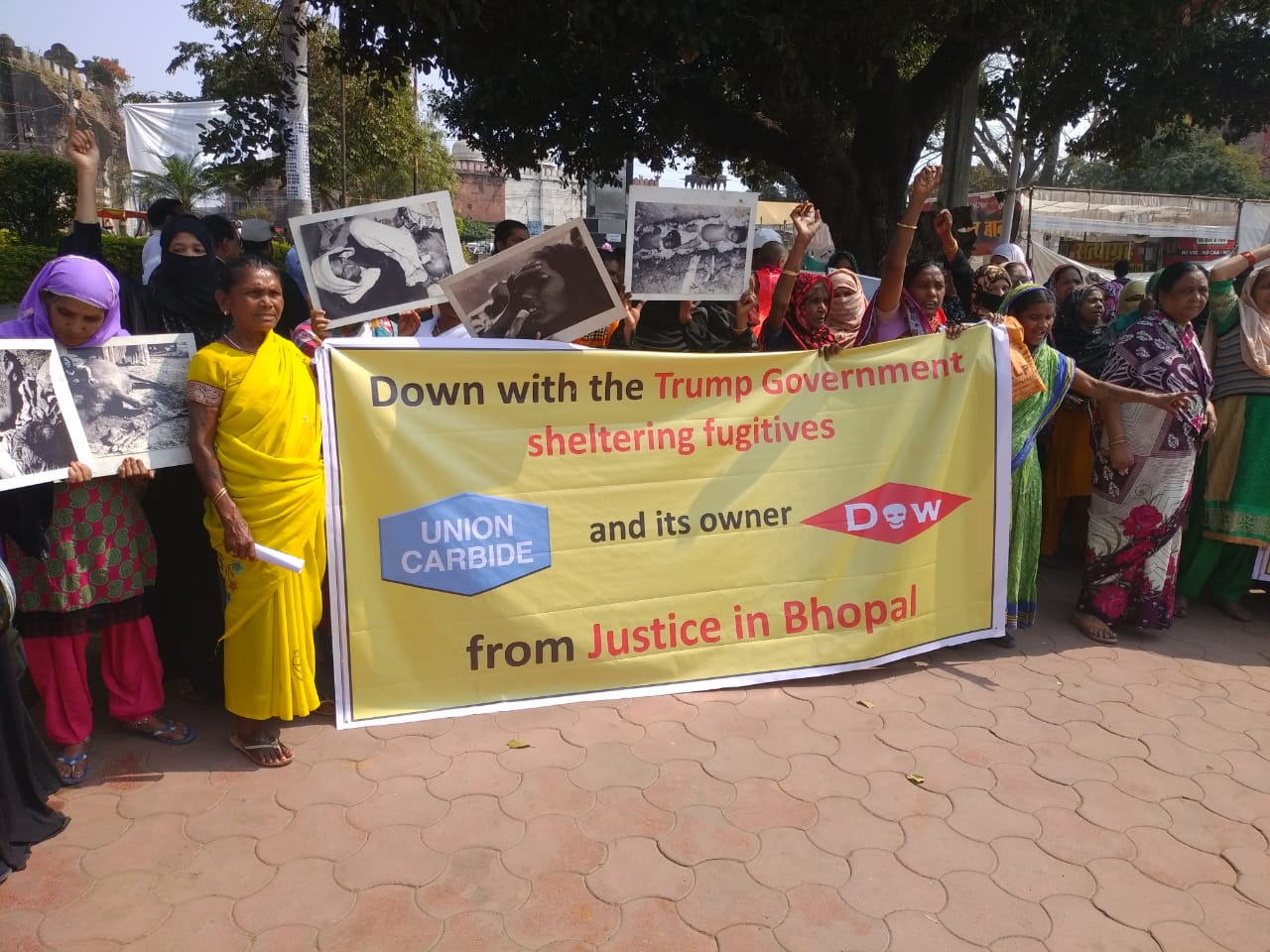 “Since 2016 when Trump came to power, the Bhopal district court has twice summoned Dow Chemical, as owner of Union Carbide that is absconding charges of corporate manslaughter, but Trump’s Department of Justice has refused to serve these summons upon Dow.” said Rashida Bee, President of the Bhopal Gas Peedit Mahila Stationery Karmchari Sangh.

Nasreen Khan of the Bhopal Gas Peedit Mahila Purush Sangharsh Morcha said, ”In violating the Mutual Legal Assistance Treaty (MLAT) between India and USA, the Trump government is sheltering the perpetrators of the worst corporate massacre in history.”

“It is now clear that Trump is visiting India mainly to further the interests of death dealing US corporations like Lockheed Martin, Raytheon, Westinghouse and others. It is indeed shocking that our Prime Minister in his eagerness to please Trump has not sought, let alone pressed for, US governments’ cooperation in bringing the killers of Bhopal to justice.” said Rachna Dhingra of the Bhopal Group for Information & Action.

Durgesh Ahirwar of Children against Dow Carbide said, ” In Bhopal hundreds of victims of Union Carbide are still dying untimely deaths, hundreds of thousands are battling chronic illnesses and tens of thousands of children are being born with malformations and growth disorders. Through our brooms today we are telling the world about the US government’s role in the ongoing injustice in Bhopal.”