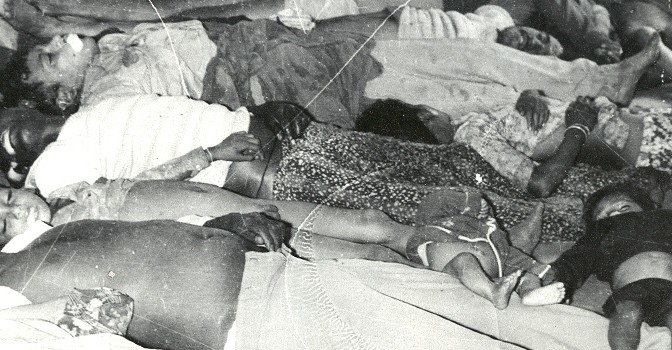 “Those who lived are the unlucky ones – THE LUCKY ONES ARE THOSE WHO DIED ON THAT NIGHT.” -Survivor Rashida Bee, who lost five gas-exposed family members to cancer 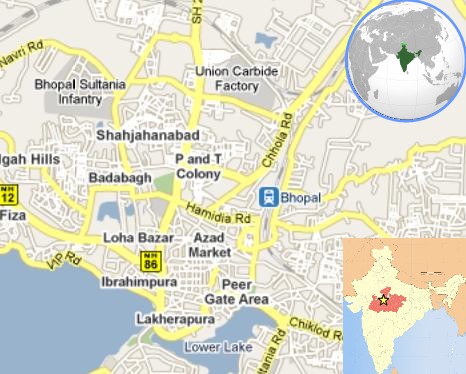 A cold midnight wind blew through the city, with stars  glistening through the thin pall of smoke from cooking-fires recently extinguished. Here and there, small coal heaters were burning to warm those who were obliged to be out late.

Then Death came hurtling out of the sky.

At the Union Carbide pesticides factory, a thin plume of white gaseous vapor began streaming from a high structure. Caught by the wind, the gas became a haze and blew downward to mix with smoke coming from near the ground. A dense fog formed. This poison gas knew no boundaries. Nudged by the wind, it rolled across the road and into the alleys on the other side. Here the houses were packed close, ill-built, with badly-fitted doors and windows. Those within were roused in darkness to the sound of screams. The gases were already upon them–in their eyes, noses and throats–and it felt like fire.

Aziza Sultan, a survivor, remembers: “At about 12.30 am I woke to the sound of my baby coughing badly. In the half light I saw that the room was filled with a white cloud. I heard a lot of people shouting. They were shouting ‘run, run!’ Then I started coughing. Each breath felt as if I was breathing in fire. My eyes were burning.”

Another survivor, Champa Devi Shukla, remembers that, “it felt like somebody had filled our bodies up with red chillies, tears coming out of our eyes, our noses were watering, we had froth in our mouths. The coughing was so bad that people were writhing in pain. Some people just got up and ran in whatever they were wearing, even if they were wearing nothing at all. People were only concerned about how they would save their lives. They just ran. Those who fell were not picked up by anybody, they just kept falling, and were trampled on by other people. People climbed and scrambled over each other to save their lives – even cows were running and trying to save their lives and crushing people as they ran.” 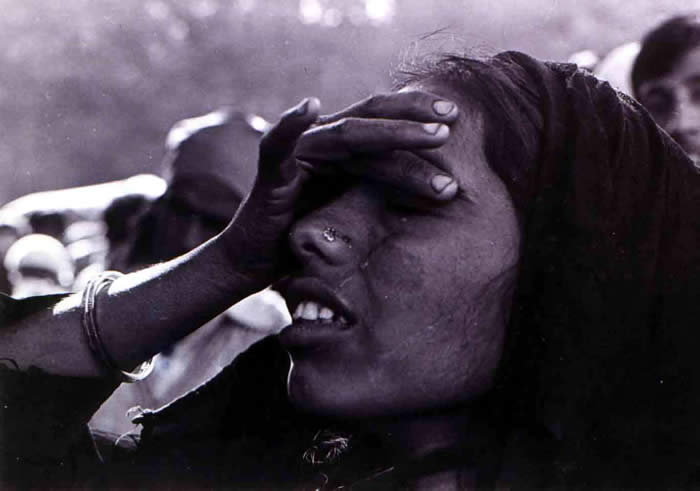 “People simply started dying in the most hideous ways”

In those apocalyptic moments no one knew what was happening. People simply started dying in the most hideous ways. Some vomited uncontrollably, went into convulsions and fell dead. Choking, with violent convulsions, many Bhopal residents drowned in their own body fluids.

Many were crushed in the stampedes through narrow gullies where street lamps burned a dim brown through clouds of gas. “The force of the human torrent wrenched children’s hands from their parents’ grasp. Families were whirled apart,” reported the Bhopal Medical Appeal in 1994. “The poison cloud was so dense and searing that people were reduced to near blindness. As they gasped for breath its effects grew ever more suffocating. The gases burned the tissues of their eyes and lungs and attacked their nervous systems. People lost control of their bodies. Urine and feces ran down their legs. As they ran, pregnant women spontaneously miscarried, losing their unborn children as their wombs opened and bled out.” 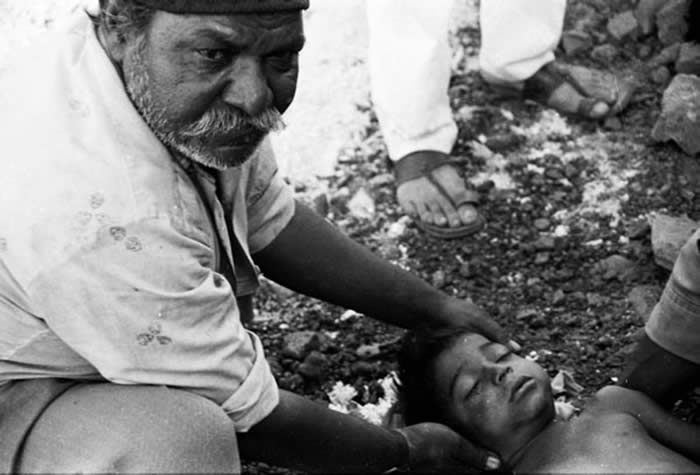 More than half a million people were exposed to Union Carbide’s poison gases.1  When dawn broke over the city, thousands of bodies lay in heaps in the streets. Even far from the factory, near the lake, at Rani Hira Pati ka Mahal the ground was so thick with dead that you could not avoid treading on them. The army dumped hundreds of bodies in the surrounding forests and the Betwa river was so choked with corpses that they formed log-jams against the arches of bridges. Families and entire communities were wiped out, leaving no one to identify them. According to Rashida Bee, who survived the disaster but eventually lost five family members to cancer, those who escaped with their lives “are the unlucky ones – the lucky ones are those who died on THAT NIGHT.”