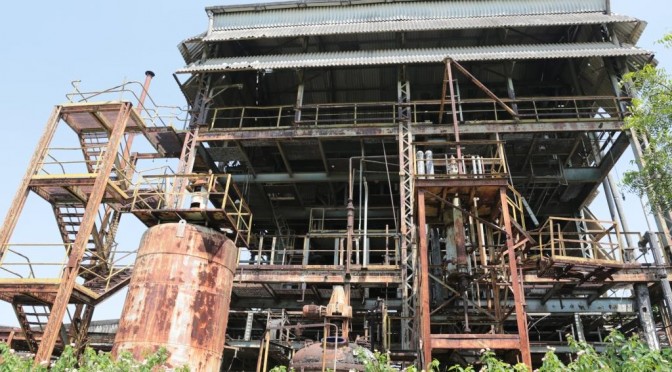 While the victims of Bhopal gas tragedy still await the decision of a US Court on Union Carbide Corporation’s liability for 1984 gas leak, a company that manufactures deadly methyl isocyanate (MIC) has been penalised in the US for causing two deaths in another tragedy.

Bayer Cropscience, a German company that manufactures MIC in West Virginia, was penalised for violating accident prevention laws.An explosion in its plant had led to killing of two persons in 2008. The manufacturing unit came to be known as Bhopal’s sister plant after environmentalists found that the only other plant after Bhopal that stockpiles MIC was this plant in West Virginia.

The US’s Environmental Protection Agency and Department of Justice, on September 21, had announced a US $5.6 million settlement with German pesticide and insecticide manufacturer Bayer CropScience for violations. Bayer CropScience, in March this year, had sold a significant part of the plant to Dow Chemicals, the company that now owns UCC. The plant is situated in an unincorporated township, called Institute, in West Virginia.

An unending tragedy in India

Bhopal victims, on the other hand, represented by non-profit Earth Rights International (ERI), are hopeful that the American court will honour the new evidence that shows that one UCC employee, Lucas John Couvaras, managed the construction of the plant. Earlier, in June 2012, judges had ruled in favour of UCC’s erstwhile chief executive officer Warren Anderson in denying that they faced any individual liability because he did not personally approve the location of the Bhopal plant.

On Monday, the US Environmental Protection Agency, based on complaints of residents of Institute and environmental groups across the world, initiated an investigation of the 2008 incident. During the investigation, as outlined in a 173-page consent document of EPA and Bayer, it was found that safety lapses led to the deadly runaway chemical reaction in 2008. A Congressional investigation even stated that the explosion “came dangerously close” to compromising an MIC storage tank about 24 metres away. Had the burning residue treatment plant hit the tank, “the consequences could have eclipsed the 1984 disaster in Bhopal, India.”

The complaint details several problems that arose at the pesticide manufacturing facility in the Institute where the company did not comply with its risk management plan designed to prevent accidental releases. In 2008, a new digital control system was installed, but safety interlock associated with the control system was not properly engaged at startup. Employees were not fully trained to understand or operate the system and failed to follow procedures for sampling, temperature control and flow safeguards. The result was an uncontrollable build up in a treatment unit, causing a chemical reaction resulting in explosion, fire and loss of life. During the incident, the company delayed emergency officials trying to access the plant, and failed to provide adequate information to emergency response operators in the country.

Prior to the 2008 explosion, the Coalition against Bayer Dangers (CBG), a non-profit based in Germany, had introduced several countermotions to Bayer’s Annual Shareholder Meetings demanding to stop MIC production in Institute, in West Virginia. However, when the non-profit spoke up on the issue four months ahead of the explosion at the shareholder meeting, Bayer CEO Werner Wenning rejected any need for action. “The plant officials said that it conformed to the latest safety standards and had an excellent incident rate,” states a release by CBG.

According to Axel Koehler-Schnura of CBG, highly hazardous substances such as phosgene and MIC are not among the mass production products, and certainly not in the vicinity of residential areas. “Ever since the company established itself, Bayer has endeavoured by exerting pressure and making threats to suppress information and criticism–also at Institute. The truth and the interests of humans and the environment are left by the wayside,” she added.

However, after the incident in 2008, Bayer announced a plan to curb its MIC stockpile by 80 per cent. Then, in January 2011, Bayer said that it was phasing out the production and use of MIC as part of a corporate restructuring that the company said at the time would cost the neighbouring Kanawha river valley about 220 jobs over several years.

“The multiple safety failures that existed at this facility that led to loss of life demonstrate why safeguards are necessary to protect people’s health and the environment,” said EPA mid-Atlantic regional administrator Shawn M Garvin. The nearly US $4.23 million for environmental projects will benefit the Institute community by improving mobile communication for emergency response units and training for local fire and police departments, shelter-in-place training and hazardous waste collections at local public schools and installing equipment to prevent pollution from water used in Bayer CropScience’s as well as other units’ manufacturing process from reaching the Kanawha River.

According to Satinath Sarangi, founder member of the non-profit, Bhopal Group for Information and Action,that has been working closely with the victims, the outcome of the Bayer settlement may not have any bearing with the ERI case in the US Courts. “However, it is relevant and I wish our courts also dealt with the polluters in a similar way,” he said. According to ERI, the decision may come in two to four months.

Where the Union Carbide factory stood three decades ago — about 2.5 km away on the same Berasia Road now — is a museum; a people’s museum, to be precise. The ‘Remember Bhopal’ museum is symbolically located inside the house of a survivor of the horrific night of December 2-3 in 1984. The double-storeyed building gets a constant stream of visitors, ever since the museum was inaugurated on December 2. Click here for the full story. 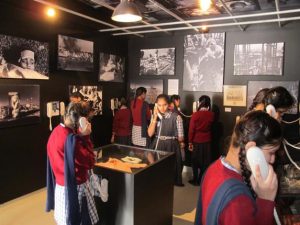 Story by: Soma Basu of THE HINDU.

Warren Anderson, responsible for the world’s biggest industrial disaster at the Union Carbide plant in Bhopal, India that claimed over 25,000 lives and counting, has died at 92. Anderson had a quote engraved on his desk that said, ”Leader is best when people barely know he exists.” He lived by that rule.

END_OF_DOCUMENT_TOKEN_TO_BE_REPLACED

Sep 18 2014 : The Times of India (Chennai)
Water in Sipcot 130 times toxic limit
Bosco Dominique
Cuddalore:
In Cuddalore, High Lead, Cadmium
The groundwater in and around the State Industries Promotion Corporation of Tamil Nadu (Sipcot) in Cuddalore contains carcinogenic chemicals and is unfit for human consumption, according to an analysis by the Sipcot Area Community Environmental Monitors (Sacem).Many of the main parameters were found to be higher than permissible levels, including total dissolved solids (TDS), total hardness, pH, turbidity, magnesium, calcium, sulphates and chlorides as prescribed by the Bureau of Indian Standards. Tamil Na du Pollution Control Board (TNPCB) analysed samples from 11 locations, including two outside the Sipcot complex between February 2013 and April 2014.Sacem found samples had major toxin levels much higher than permissible limits and that the water was unfit for consumption. It released the analysis on September 17 at Cuddalore. END_OF_DOCUMENT_TOKEN_TO_BE_REPLACED

There’s a lot of people who are disturbed about the picture of the young child on my Facebook profile.I am writing this, on the eve of April 28, International Workers Memorial Day, to explain why I keep that picture as my profile photo and also why Bhopal should never be forgotten: END_OF_DOCUMENT_TOKEN_TO_BE_REPLACED