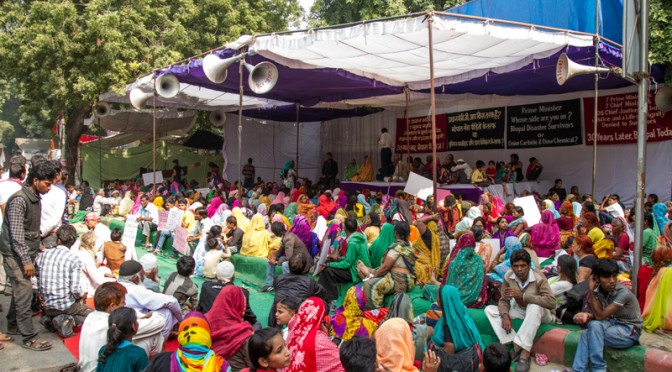 “Union Carbide’s poisons have killed people in my family in direct and indirect ways. What I find most distressing is that our own government does everything to help the American corporations and does not pay any attention to our worsening condition. Through our fast we hope to make people in the government sit up and take notice.”

Premlata was born on August 15, 1947. Among her four sons and two daughters,  one son died after the disaster. At age 8 during an episode of convulsions he fell down and succumbed to the injuries. Her mother from out of Bhopal was visiting her at the time of the disaster and she has been missing from that night. Her husband worked as an engine driver but after being exposed to gas could not
continue on his job. Her sons had to drop out of school because the family’s income went down. Today they are unable to work because they remain sick. The family’s desperate economic situation drove one of her daughter in laws to commit suicide. 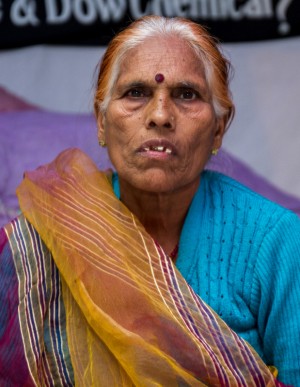 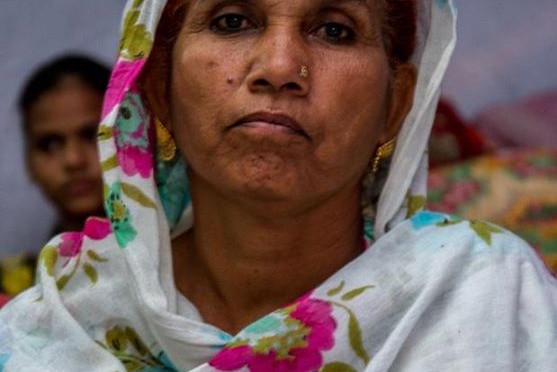 “Different parties have come to power in the last three decades but none has paid any attention to the survivors of Bhopal. I am not afraid of dying and hope my death will make the government take notice of the situation in Bhopal.”

On the night of the disaster Shezadi ran with her husband and four children and was lucky to get on to a truck and escape. She still remembers the two neighbours who died in the truck. Her husband was badly affected and had to be hospitalized often. Because of his illness he was not able to do any manual work. Her eldest daughter is 38 today and has been sick ever since the disaster. Her son was diagnosed with tuberculosis in 1997 and is not able to do much physical work today. The family settled in an area where the ground water was contaminated by recklessly dumped hazardous waste from the Union Carbide factory. That caused further health damage to all members of the family.  Shezadi suffers from chest pain, impaired vision and burning in the stomach. She has received only Rs. 25 thousand as compensation ($406 USD). 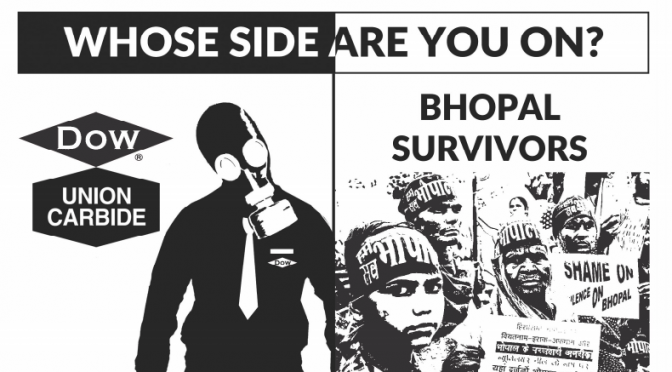 “If I die the government will be to blame. I am tired of the falsehoods of our government. The Chief Minister made a promise of Rs. 5 lakhs to each affected person and then betrayed that promise.”

The poison clouds from the Union Carbide factory hit Vishnu a little after midnight. She and other members of the large joint family she lived with all had burning in the eyes, choking, coughing, vomiting and loose motions. Three children of her elder sister died that night. Her husband was badly affected and was diagnosed with TB after a few years. He was not able to carry on with manual work to earn a livelihood. Because of loss of income all her children had to quit school. One son was 3 months old when he was exposed to the toxic gases. He was not given any compensation. Today, Vishnu suffers from breathlessness, burning in eyes, chest pain, bodyache and panic attacks. She has received only Rs. 25, 000 ($406 USD) as compensation. 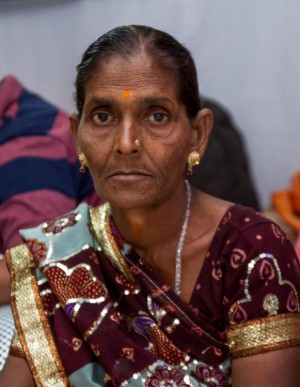 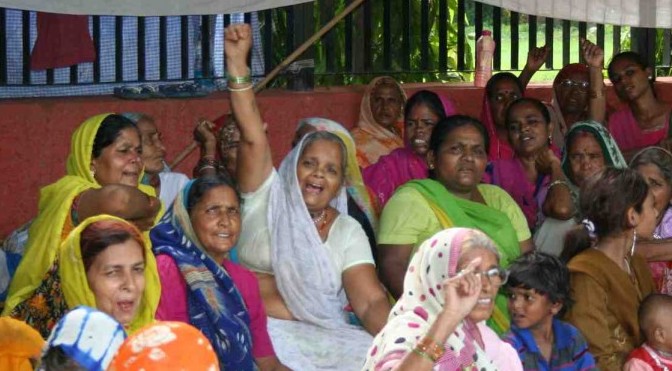 We invite you to Bhopal to participate in the 30th anniversary activities, to re-affirm our solidarity to each other, and to connect and reconnect with activists from around the world. Thirty years is a long time for a struggle to be sustained but thanks to your support, the fight for justice in Bhopal is very much alive today.

END_OF_DOCUMENT_TOKEN_TO_BE_REPLACED

“Bhopal: A Prayer for Rain,” a film based on the events leading to December 3rd, 1984, is being released in the USA on November 7th, 2014. It stars Martin Sheen as Union Carbide CEO Warren Anderson, Kal Penn as a Bhopal resident, Mischa Barton as a journalist, and others.