Warren M. Anderson, a Brooklyn carpenter’s son who ascended to the top of the Union Carbide Corporation, where he grappled with the ravages of a poisonous gas leak at the company’s plant in Bhopal, India, in 1984 that killed thousands in one of history’s most lethal industrial accidents, died on Sept. 29 at a nursing home in Vero Beach, Fla. He was 92. 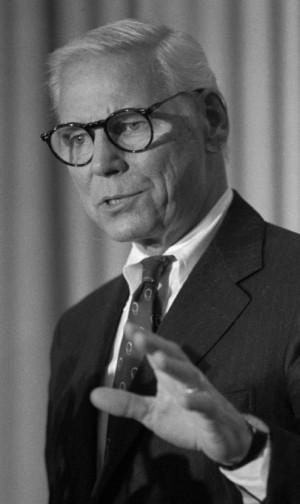 His death, which was not announced by his family, was confirmed from public records.

In an interview with The New York Times five months after the tragedy, Mr. Anderson spoke of his feelings of loss and helplessness. “You wake up in the morning thinking, can it have occurred?” he said. “And then you know it has and you know it’s something you’re going to have to struggle with for a long time.”

Mr. Anderson was highly praised for his courage in going to Bhopal four days after the accident, where he was immediately arrested. But after quickly paying bail, he never returned to face trial.

The Indian government made multiple requests to extradite him, and officially labeled him a fugitive. A judge there called him an “absconder.”

In 2010, after eight low-level Indian executives of Union Carbide’s Bhopal subsidiary were convicted of negligence, a writer for rediff.com, an Indian news site, visited Mr. Anderson’s immaculately landscaped home in the Hamptons. Reflecting Indian public opinion that he deserved punishment as the ultimate culprit, the writer imagined a future that never happened: “10 to 20 years in a dirty, overcrowded, rat-infested Indian prison.”

The Bhopal horror began around midnight on Dec. 2-3, 1984, when a chemical reaction in a plant that made insecticides caused a leak of toxic gases that swept through the surrounding community. The government of the Indian state of Madhya Pradesh confirmed 3,787 deaths as a result. Unofficial estimates exceeded 10,000. More than a half-million people were injured, with many dying from illnesses including lung cancer, kidney failure and liver disease.

In 1989, Union Carbide paid $470 million to the Indian government to settle litigation stemming from the disaster. But the Indian public, cheered on by politicians and the news media, never stopped urging the prosecution of Mr. Anderson, and arrest warrants were periodically issued.

With the support of the United States government, he escaped extradition. And he eluded subpoenas in civil cases by living quietly and migrating between his homes in Vero Beach; Greenwich, Conn.; and Bridgehampton, N.Y.

The Indian government and Indian activists contended that slack management and deferred maintenance caused the disaster. Union Carbide blamed sabotage. The company further pointed out that it owned just 51 percent of the company, and left oversight to local executives. It denied that it had been mixing dangerous chemicals in India to save money; it would be less expensive, the company said, to make the pesticide in the United States and sell it in India.

Mr. Anderson had devoted his life to climbing the Union Carbide corporate ladder, arriving at work at 7 a.m. and frequently moving from city to city. His major concern before the accident was disappointing financial results: In 1979, when he was president and chief operating officer, the company had predicted its sales would reach $13 billion in 1983. In fact they were around $9 billion, and earnings dropped more than 90 percent.

After he became chairman and chief executive in 1982, he improved productivity and sales, and acquired several companies, including STP Oil. Ecologists said Union Carbide began shaking off the reputation as a polluter that had long dogged it. Mr. Anderson ruled over an empire with 700 plants in more than three dozen countries.

Then came Bhopal. For the first time in his life, Mr. Anderson couldn’t sleep; at one point he holed up for a week at a hotel in Stamford, Conn. He and his wife, Lillian, spent evenings reading newspaper articles about the tragedy to each other. When they went to restaurants, he was afraid to be seen laughing because people “might not think it was appropriate,” he told The Times.

But he told The Associated Press that he was determined to find something positive in the darkness. Although he acknowledged that “people look at me and think I’m out of my mind to say that this may be a good event,” he envisioned the disaster leading to new safety procedures.

Mr. Anderson was born in Brooklyn on Nov. 29, 1921, to Swedish immigrants who lived in the borough’s Bay Ridge section. They named him for Warren G. Harding, who was the president at the time. He helped his father, a carpenter, install floors, and delivered copies of The Brooklyn Eagle.

He won football and academic scholarships to Colgate, where he majored in chemistry. After graduating in 1942, he enlisted in the Navy and trained to be a fighter pilot, but never saw combat. He played football for a Navy team that had the legendary Bear Bryant as coach. After his discharge, he made the rounds of chemical companies and took the first job offered him — by Union Carbide.

He started as a salesman and later oversaw operations in Europe, Latin America, Africa and the Middle East. He worked in the company’s chemicals, plastics, gas, metals and carbon businesses. While working for Union Carbide, he earned a law degree from Western Reserve University (now Case Western Reserve) in 1956.

In 1986, at age 65, he retired from Union Carbide. In later years he gardened and fished with his wife, who survives him, and baked Swedish bread, following an old family recipe.

His death passed almost unnoticed until an article appeared in Vero Beach 32963, the weekly newspaper of the Vero Beach barrier island.

In 1984, an article in The Times said that in dealing with Bhopal, Union Carbide, which is now part of Dow Chemical, had to find a balance between “the instincts of human compassion, the demands of public relations and the dictates of corporate survival.”

The article noted that a paperweight on Mr. Anderson’s desk quoted his favorite Chinese proverb, suggesting his preferred light-handed approach: “Leader is best when people barely know he exists.”

A version of this article appears in print on October 31, 2014, on page B16 of the New York edition with the headline: W. M. Anderson, 92, Dies; Faced India Plant Disaster .